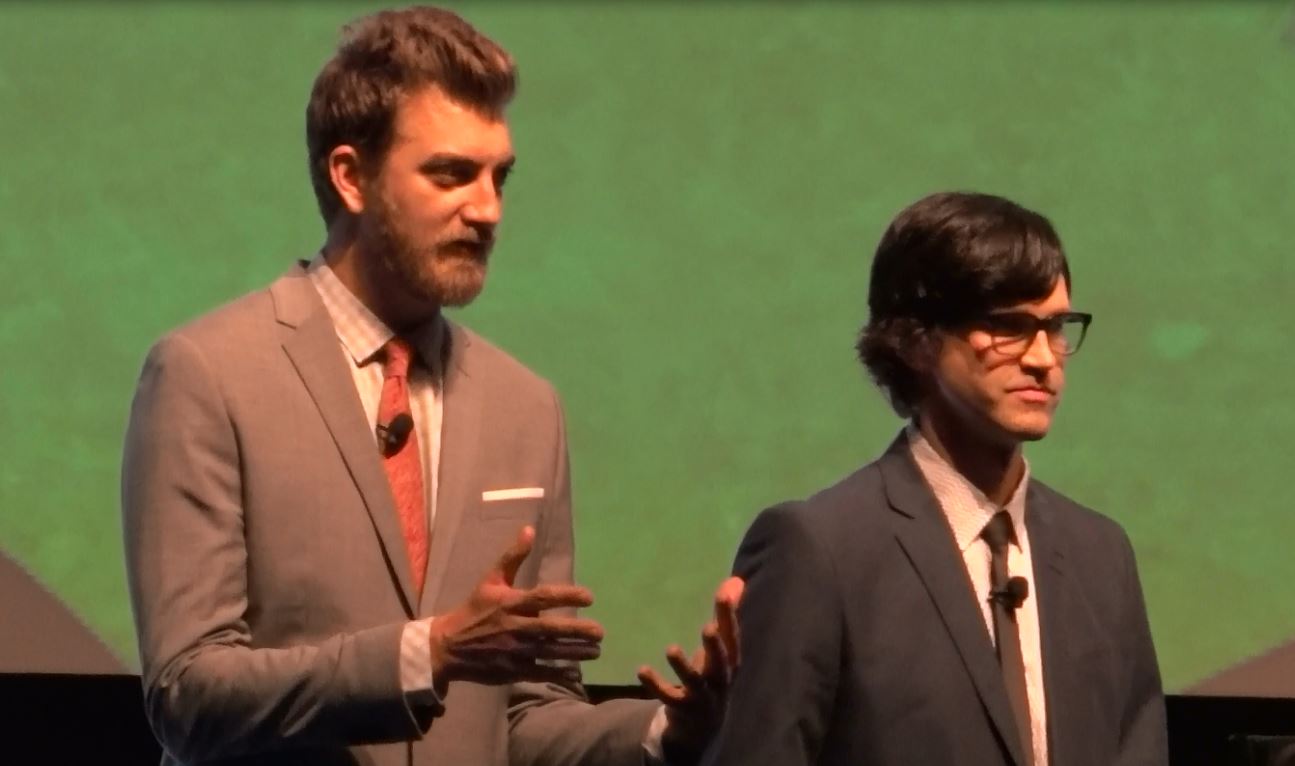 NEW YORK – Collective Digital Studio (CDS) NewFronts presentation on Tuesday was rich with programming announcements, from the Candid Camera-style Fake Company Incorporated to Epic Tool Time, in which Harley Mortenstein and his Epic Meal Time compatriots turn their attention to crafting extreme hardware. But the overriding message of the day, stated bluntly and repeatedly, was “Brands, we want to work with you.”

In a video touting the day’s hosts Rhett & Link (Rhett James McLaughlin and Charles Lincoln “Link” Neal III ), the narration went so far as to boast of the pair’s “genuine love of branded content.” 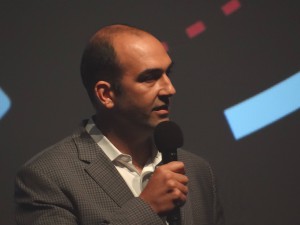 “At Collective Digital Studio, content is everything, and we have proven that premium content drives results and that our creators deliver eyeballs for brands,” said Reza Izad (pictured, right), CEO of CDS. “Our network has over 1.5 billion views per month, and 70% of our viewers are ages 18 to 34.”

According to CDS, the company executed more than 400 branded content campaigns in 2014, with its top 50 YouTube campaigns garnering more than 400 million views, and its top 15 Vine campaigns receiving 158 million loops.

McLaughlin (pictured, left) told the crowd of advertising and brand execs that Rhett & Link’s daily show Good Mythical Morning has a largely American audience, mostly in the 18 to 34 demographic, with a 60/40 male-female split.

Of course, the cash will only keep flowing if CDS keeps feeding its audience fresh content. Its new programming slate for the year includes. This year’s new slate of programming includes:

CDS also revealed that the previously announced Maximum Ride, based on best-selling author James Patterson’s young adult fantasy franchise, will be executive produced and promoted by YouTube star Jenna Marbles. It will mark the first time she has been involved in a project that does not feature her on camera.

Additional announcements included the launch of CDS Connect and a partnership with electronic dance music (EDM) specialists Insomniac Events, the producers of the Electric Daisy Carnival.

CDS Connect allows brands to re-target fans of specific YouTube influencers through Google’s TrueView Ad Product. Buys made through the program will count towards a brand’s upfront commitment to Google.

CDS and will work with Insomniac to create brand friendly content featuring top digital influencers that will live on Insomniac sites and be played at its festivals concerts and club nights, which attracted more than 1 million fans last year. CDS will also connect advertisers with EDM channels on its MCN, including UKF, All Trap Music, The Sound You Need, Steve Aoki’s Dim Mak Records and No Copyright Sounds.