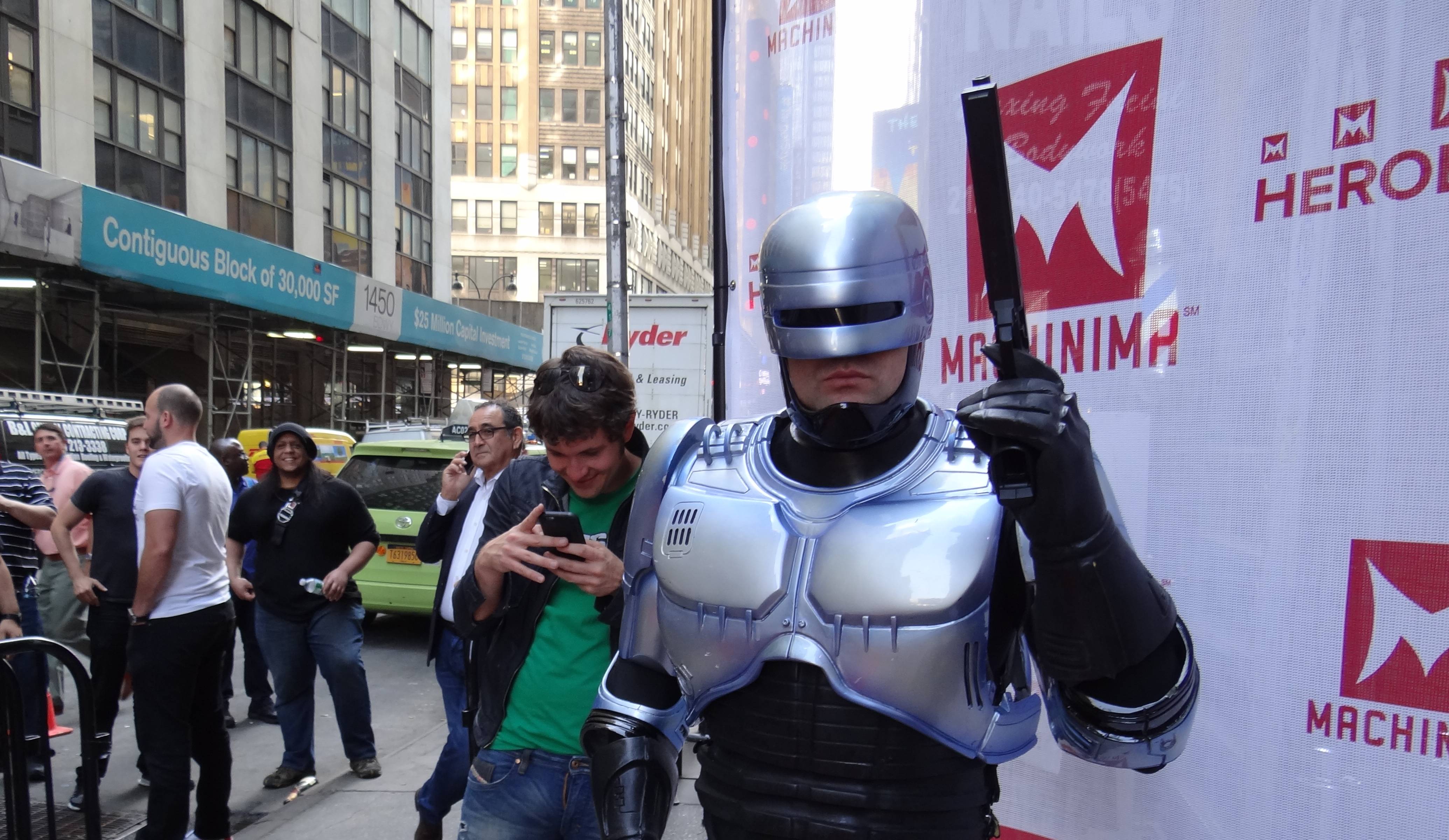 However, the real star of the day was Machinima’s growing content partnership with Warner Bros., which has led several investments in the gaming-centric MCN. Machinima announced that its upcoming slate will include a trio of co-productions with Blue Ribbon Content and DC Entertainment, both of which are divisions of Burbank, Calif.-based Warner Bros.

Two of the shows made in partnership with Blue Ribbon Content and DC Entertainment are new productions.

DC’s Hero Project is a reality competition show that will have eight contestants competing against one another as they develop live-action short videos based on their personal interpretations of characters from DC Comics’ Starman comic book series. DC Entertainment chief creative officer Geoff Johns will host a panel of judges and celebrity guests.

The live-action, VFX-heavy action-comedy #4Hero is a modern adaptation of 49-year-old DC Comics cult favorite Dial H For Hero. It follows the adventures of a young woman who stumbles upon a life-altering smartphone app that allows her to instantly become a super hero for a short amount of time. The catch is that her super powers are dictated by whatever is trending on social media at the moment.

Also currently in development is a 10-episode second season of the animated series Justice League: Gods and Monsters Chronicles, an upside-down take on the DC Comics universe from producer/animator Bruce Timm (Batman: The Animated Series, Superman: The Animated Series), where Superman is the son of General Zod, not Jor-El, and Batman is more bat than man. Season one of the series, announced in September, premieres in June.

RoboCops is the result of a partnership with another Hollywood studio, MGM. A short-form, faux-reality series inspired by the 1987 sci-fi action film RoboCop, it takes viewers on a ride-along with RoboCop officers as they respond to calls in fictional Delta City. The series is shot from the P.O.V. of the RoboCops’ helmet displays, along with security cameras, dash-cams and drones.

Machinima’s presentation did feature one non-cyborg celebrity – Sleepy Hollow co-star and onetime 7-Up pitchman Orlando Jones, who helped introduce High School 51, a new series he stars in created and produced by Roberto Orci about a human integrating into the student body of top secret Dream Lake High School in Area 51.

Clive Barker appeared in a video clip to introduce Clive Barker’s Creepy Pasta, a series of live-action shorts in which the horror legend – best known for his Books of Blood short stories and the Hellraiser and Candyman film franchises – will interpret horror fan fiction known as “creepypasta.”

Thematically, the presentation focused on Machinima’s “heroes rise” corporate motto, but the true purpose of the event was driven home when the animated character Baka appeared on screen and made a direct plea to the crowd: “Advertisers, can I have your money now?”