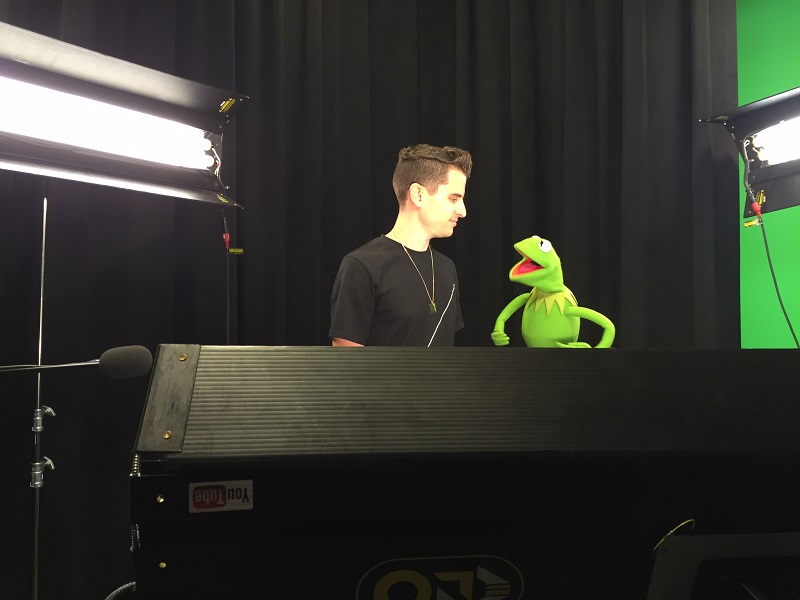 Beloved characters Kermit, Miss Piggy, Fozzie Bear and more are teaming up with YouTubers for a content push.

Kermit, Miss Piggy, Fozzie Bear and other members of the Muppet crew have a new gig on YouTube, thanks to a new collaboration between The Muppets Studio and YouTube Space LA.

Bowing on the Muppets’ official YouTube channel, the resulting short series will also appear on the YouTubers’ individual channels and be promoted on the Muppets social media pages.

Featuring comedy skits and parodies, the series launched in April with teaser-type clips and full videos are scheduled to roll out through June. In addition, the Muppets are slated to release original content, created exclusively for their YouTube channel, throughout the rest of the year.

“We have a close relationship with YouTube and the team at YouTube Space LA,” explains Debbie McClellan, VP of The Muppets Studio. She notes that when YouTube Space L.A. pitched her about a Muppet visit to the L.A.-based production facility, it fit perfectly with The Muppet Studio’s efforts to bring the characters to new audiences and platforms. 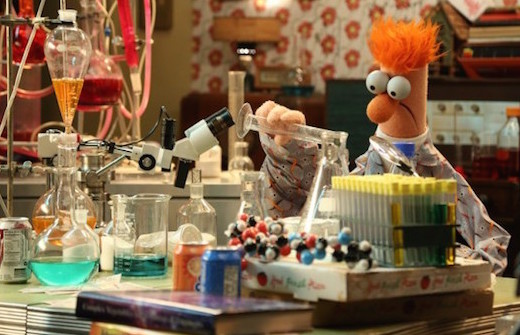 “These YouTube stars have audiences that may not intersect with our current audience and we hope that by having the stars share their love for the Muppets, their fans will also become Muppets fans,” notes McClellan. “The project with YouTube is just the first step in our plan to bring the Muppets to more platforms for today’s audience.”

For YouTube Space LA, participating in such projects helps to inspire its community of some 800 YouTube channels and drive audiences across the board to tune in.

“I think the Muppets really appeal to everyone,” says Liam Collins, head of YouTube Space LA. “There’s a lot of nostalgia among folks who grew up with the Muppets. We’re expecting that audience will respond, but then the audiences that are already tuning in for channels like VSauce, which tend to be younger, are likely to really tune in as well.”

The first video from VSauce3 (which has 2.4 million subscribers) stars Gonzo and Rizzo, along with VSauce’s Jake Roper and Matthew Santoro, in a detective-themed story called What if Quicksilver Ran Past You.  Launched in early April, the video has already generated more than 1.2 million views.

Barely Political, which has racked up in excess of 2.3 billion views on YouTube, also launched its Muppets-themed video on April 24. The adult-skewing celeb parody site chose well-known hecklers Statler and Waldorf to star in The Muppets Rip Us a New One!.

Additional collaborations and videos launching into June, include:

– May 4: Mike Tompkins and the Muppets give an Acappella lesson with Echosmith’s The Cool Kids.

– May 4: Mental Floss enlists Dr. Bunsen Honeydew and Beaker to help answer science-related questions submitted by their viewers for Big Questions, which gets uploaded every Monday.

– May 6: Mental Floss sits down with Miss Piggy, Rowlf, The Swedish Chef,The Electric Mayhem and more for a special Muppet edition of The List Show, which is posted every Wednesday.