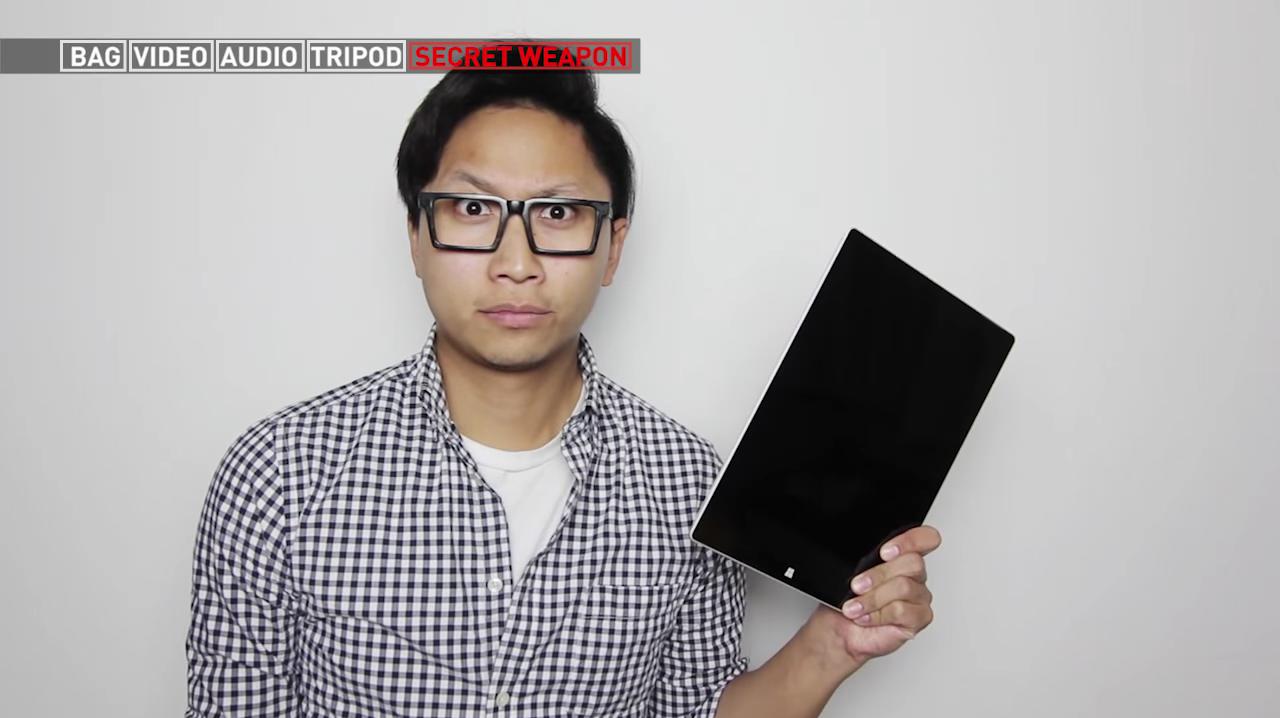 A fresh influencer campaign puts the new Surface 3 in the hands of YouTubers in an effort to speak to younger students.

Timed with the new Surface 3 tablet’s North American launch today, Microsoft Canada has put its newest device into the hands of people who know its targeted generation Z audience best.

Microsoft has been active on YouTube in the past, but mostly in the form of scripted product reviews. Henrik Gutle, director of Windows and Surface Business Group at Microsoft Canada, says this is the first time the company has embarked on an influencer campaign that gives the hosts full discretion in creating the content. By joining the ranks of other brands that have relied on the expertise of the hosts, the idea is the content will ultimately be more relevant to their audiences.

“If this comes out and people can see really plainly how we inserted Surface 3 into videos, I think we really failed as a company,” Gutle says. “The takeaway I want the viewers to recognize is that a person used Surface to solve something important for them, which is also something that’s important for (their audience), because that is why they are following them.”

Campaigns for previous iterations of the Surface – as well as its larger “laplet” cousin, the Surface Pro – have been targeted more towards post-secondary students. Gutle says the company is targeting younger, pre-college students with the YouTube campaign because it feels the Surface 3 has a particularly strong value proposition for that age group (namely, it is less expensive than Surface Pro, and has comparable computing power to be able to replace a laptop).

In an experiential campaign handled by Mosaic, Microsoft is also setting up “study hall”-style areas in places like shopping centres that allow potential customers to go hands-on with the product and compare it to competitors like Apple’s iPad or MacBook Air.

There is also a traditional campaign with the standard video reviews, digital and paid search aimed at a broader audience. Dentsu Aegis’ EMT is handling the media buy with Veritas on earned media, YouTube strategy and PR, which emphasizes the product’s productivity features, value and educational benefit in a way that will appeal to parents.

“You have to appeal to the student because they are the ones asking for it, but at the same time you have to convince the parents why the Surface 3 is a great investment for their kids as part of their education,” Gutle says.

Beyond today’s launch in Canada and the U.S., the Surface 3 will be in 26 markets around the world by May 7.

with a file by Bree Rody-Mantha