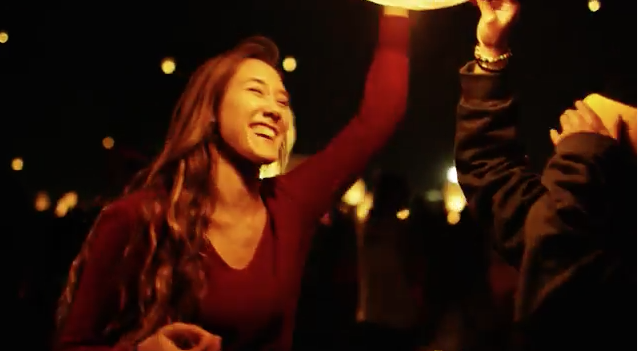 McBeard will operate as a fully-integrated subsidiary of Fullscreen.

Fullscreen has worked with McBeard on the programs it produced for AT&T, @SummerBreak and SnapperHero, the latter of which was the first scripted series produced for Snapchat.

“The way people consume content today is dramatically different, so it’s important to create differently in order to reach them,” said George Strompolos, founder and CEO of Fullscreen. “The McBeard team has mastered the art and science of creating social content that people love to engage with and share. This acquisition gives Fullscreen and our partners the ability to reach people across every social platform through compelling native content and storytelling at scale.”

In keeping with the spirit of the deal, Strompolos, Beard and McNayr finalized the agreement this morning via Snapchat.

In September, Otter Media purchased a controlling stake in Fullscreen for an undisclosed sum. Otter was launched in April 2014 by AT&T and The Chernin Group with $500 million in funding to invest in, acquire and launch OTT video services.

In recent months, Fullscreen has bolstered its production capabilities by establishing a strategic content studio led by SVPs Billy Parks and Bryan Thoensen, expanding into feature-length content with Fullscreen Films and acquiring Rooster Teeth, a creative production studio based in Austin, TX.