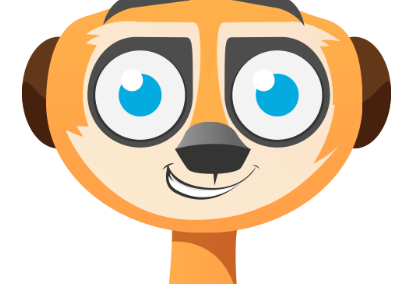 The live-video streaming company has beat competitor Periscope to the market with an app for this device.

The competition between live-streaming video apps Meerkat and Periscope is heating up.

As of May 1, it was Meerkat who struck the latest salvo. The upstart company launched an Android app that leaves the Twitter-owned Periscope, which currently has an iOS app, lacking a similar move for the moment.

At the DigitasLBi presentation Thursday during the Digital NewFronts in New York, Meerkat founder and CEO Ben Rubin hinted the move was coming, while speaking on a panel with Rachel Weiss of L’Oreal USA and Josh Elman, partner in Greylock, the angel investment firm that’s raised millions for Rubin’s company.

At the panel, Rubin said he sees Meerkat as a tool of self-expression, while Elman, who sits on the Meerkat board of directors, said the platform separates itself from the rest of social media because “everyone is connected and looking at the same thing together in real time. We are all a little bit less alone,” he said.

Rubin said in the transition that is transforming passive consumers into active participants, Meerkat, his rival Periscope (which he called ” a very beautiful product and it is well executed to let many people consume live video”) and other live-streaming tools are cheaper alternatives to costly radio and live TV.

With much of the world still experimenting with how best to use the live-streaming tool, Rubin said Meerkat users need to be involved and speak to the audience.

“The stream should be participatory. It should be engaging,” he said during the panel discussion. “You should answer questions. You should say ‘Hi.’ See how you can engage with an audience in an intimate way that will make something delightful for a person.”

Josh Elman urged brands to “really understand what the hundreds of millions of users are going there (to Meerkat) for every day. Understand that and then you are going to be very successful.”

In related news, Meerkat has added Facebook as a supporter, giving the service some much needed support after Twitter blocked it from its social graph following the launch of the Twitter-purchased Periscope back in March.

With the new development, Facebook users can log into the app and publish live stream alerts directly on their networks for friends, and users can also let Meerkat automatically integrate the service with one’s friends and associates.

With files from New York by Darah Hansen