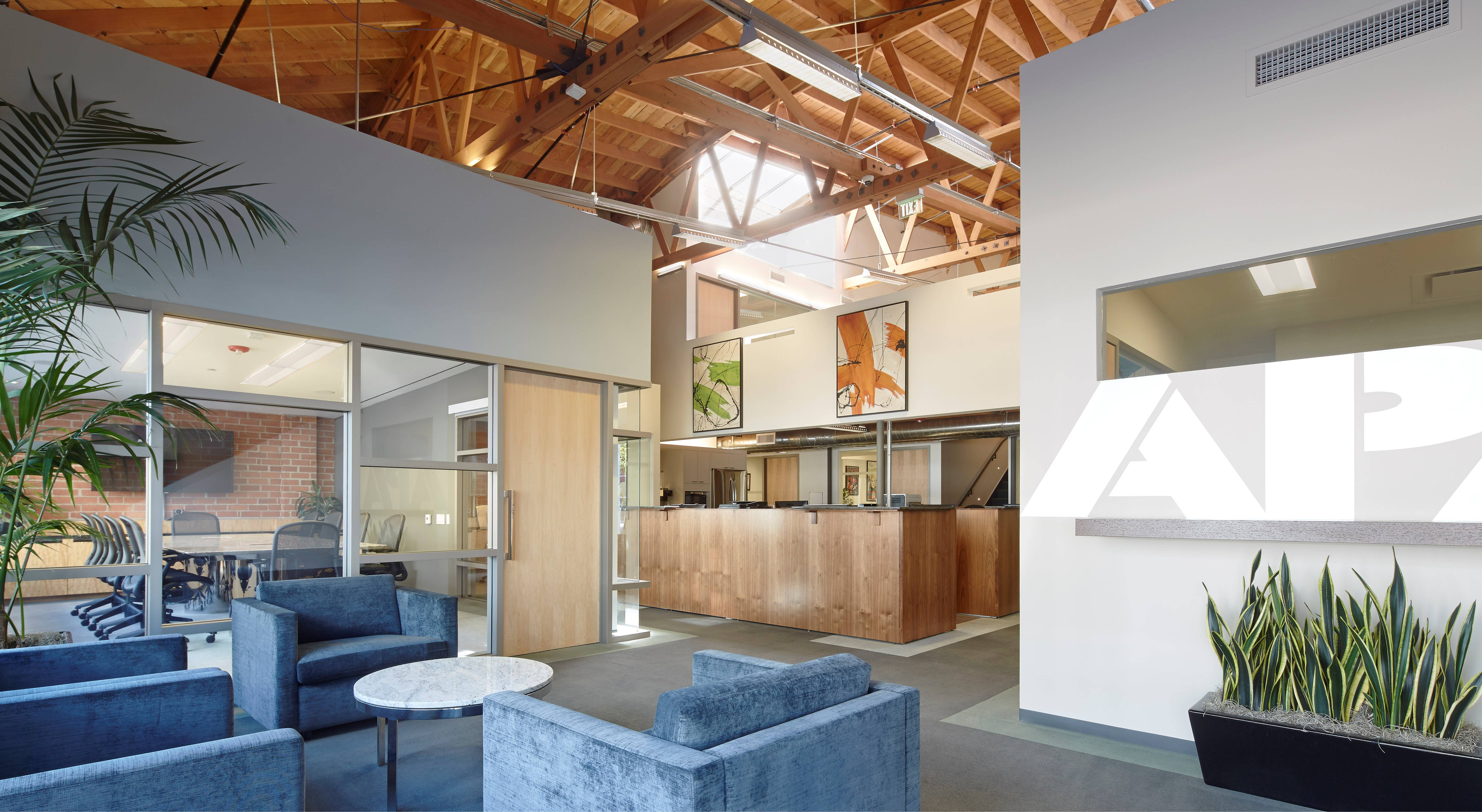 How talent agencies are changing the streaming biz

Digital talent reps from WME, CAA and Collab and manager-turned-producer Larry Shapiro explain the tricks of their trade.

WME agent Chris Jacquemin remembers what it was like when he first started repping digital native talent back in the old days of the streaming video industry – you know, the early 2010s.

YouTubers had been making their own deals, and “they were a bit shocking,” says Jacquemin, whose clients include top digital influencers such as Grace Helbig, The Fine Bros., Felicia Day, Lilly Singh and Cameron Dallas.

The multi-channel networks were typically taking 50% of their AdSense revenue (after Google had already taken its 45% cut) and 80% on brand deals. They were also demanding aggressive splits on ownership of the content and control of distribution rights, as well as requiring talent to promote products or services in which the MCNs had a vested interest.

“It occurred to us that it really wasn’t being managed like a marketplace, meaning nobody was shopping the talent to Maker (Studios), Fullscreen, Machinima and Defy at the same time,” says Jacquemin (pictured, right). “They had a friend or an in at this place or that place, and they did the deal there. We came in and said, ‘No, we think this talent is valued well above what you’re paying and we will prove it.’ It was nothing innovative. We agented.”

Today, the writing on the wall is too obvious to ignore. At the IAB Digital NewFronts that kicked off in New York City on Monday, old media companies like the New York Times, Conde Nast and Time Inc. have been hawking their streaming video wares to advertisers alongside upstarts like BuzzFeed and Vice Media. More importantly for the digital natives, Disney’s March 2014 purchase of Maker Studios, in a deal worth up to $950 million, signaled to investors there’s some serious money to be made by harnessing the talent on social video platforms.

But it wasn’t easy getting to this point. In years past, talent reps faced challenges selling the viability of the business to both industry execs and people at their own firms.

“Sometimes it could be pushing a rock up a hill,” says Larry Shapiro, a former agent at CAA and head of talent for Fullscreen who departed digital personal management company Big Frame last month to focus on producing direct-to-digital movies, starting with Shovel Buddies.

But Shapiro had some simple tools for making the task easier. While at CAA selling people on the idea of turning video games franchises such as Doom into movies, “I said, ‘I’m going to find those young executives who understand and play video games,'” he recalls. To ferret them out, he staged a video game night at the agency.

Repping digital stars, Shapiro sought out execs with young children, because kids tend to be obsessive YouTube watchers. In both cases, the suits in question may not have been the ones holding the reins of power at the moment, but “eventually, everyone becomes a senior in high school,” he notes. Today’s junior execs become tomorrow’s studio chiefs.

A similar long-view strategy is important when it comes to dealmaking, according to Frank Jung, who, with David Freeman, is co-head of CAA’s Digital Talent and Packaging Group, where the clients include Jenna Marbles, Mamrie Hart, Kian Lawley, Jc Caylen, Timothy DeLaGhetto, Meghan Rienks, Meredith Foster and Joe Penna. 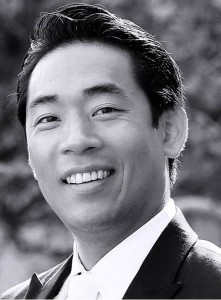 “It’s not necessarily about what the dollars are on a per project basis, although those (dollars) can be and are a significantly much higher factor than they were a couple years ago,” says Jung (pictured, left). “If you own or co-own a lot of IP, that can turn into dollars down the road with syndication.”

As the economics of the streaming market matures, the talent isn’t necessarily following suit.

By and large, the top YouTube and Vine stars are under 30. Some, like Nash Grier – who has 11.5 followers on Vine and 4.3 million subscribers on YouTube – are not yet 18. They’ve mastered the mysterious trick of building legions of dedicated online followers in the millennial demographic prized by marketers, and they’ve done it on their own, without being plucked from obscurity by powers-that-be and built up by the industry machinery.

“With traditional talent, they’ve moved to L.A., come up through the agencies, dealt with casting directors – the whole thing,” says Chris Rudy, VP of talent development for Collab, which specializes in putting Vine talent in brand integration deals. “Generally, they’re very loyal, thankful and respectful and that relationship is well-defined and well-established.”

With the digital natives, who haven’t been similarly socialized by the industry, “there have been numerous times where they have signed agreements that contradict the agreement that we have with them,” says Rudy, who worked as agent trainee at ICM, then was elevated to agent when he followed its longtime chairman and CEO Jeff Berg to his short-lived tenpercentery Resolution. 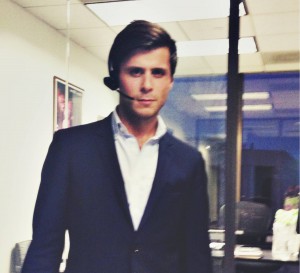 When Rudy (pictured, right) joined Collab seven months ago, he was initially put-off when creators little-known outside of the social video space would turn down $3,000 from a brand to make a single six second video, “but, over time, I’ve come to understand how someone who’s come to develop such a massive audience on their own would feel a bit of entitlement and want to protect their brand and their image, and get what they’re due,” he says.

But what’s good for the talent can be bad for the industry as a whole. Prior to the sale of Maker to Disney, the increasingly larger paydays being demanded by premium YouTube talent were putting a serious dent in MCNs’ bottome lines.

“These people were getting paid hundreds of thousands of dollar in guarantees, and these companies didn’t have a track record of being able to sell enough business to make money on it,” Jacquemin says. “So it was kind of a race to the bottom where they were trying to build tremendous scale within their network, so they needed these artists. At the same time, they were paying through the nose for it. It was great for our clients, but I think it really hurt the MCN business to a degree.” But since Maker and other MCNs like Fullscreen have been acquired by media conglomerates, “you’ve seen improved sales organizations within these companies that can really allow them to monetize this stuff better and better,” he says.

As the agencies have helped digital talent better monetize their social media followings with deals for books and TV shows, Jacquemin says the packages he helped craft for the direct-to-digital feaures Camp Takota and Expelled, starring his clients Helbig and Dallas, respectively, have also helped the bottom lines of the talent buyers.

“Three or four years ago, you’d get an MCN to spend fifty grand, and that could be applied against a smattering of video content,” Jacquemin says. “But, effectively, you might as well light that money on fire, because it’s not really generating an ROI. Yes, it’s incenting the creator to make more stuff and the more that they make and the more consistently that they program their channels, the better their viewership, and then you advertising rises as a result, sure. But it doesn’t compare to a Camp Takota or an Expelled.”

In the case of those films, the budgets were around a half million dollars, and the return on investment ranged from four to six million.

The most lucrative ancillary revenue stream for many YouTubers is live appearances at events ranging from DigiFest NYC to Argentina’s Club Media Fest, which include music performances, games and sketches, along with hug-heavy fan meet and greets.

The rapidly-growing phenomenon has gone largely unnoticed by the media, and there are still many within the industry who just don’t get it.

“It’s one thing sitting behind the desk, looking at the numbers on paper. It’s another thing to actually witness the chaos of young girls being excited by talent live,” says Rappaport, who also represents acts such as Little Feat, Leon Russell and Hot Tuna. “You still struggle with trying to explain it to someone who is over the age 16 or 18 what the live show is about. And, frankly, people in the music industry space, they want to represent cool acts that are playing Coachella. This may not be cool to the 20-something or 30-something, but this is pretty damn cool to the 11- to-16-year-old girl.” 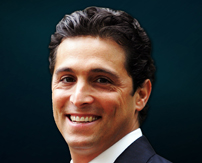 But CAA’s Freeman (pictured, right) says the digital space is becoming increasingly attractive to non-digital talent, regardless of the money involved.

“A lot of our clients who make plenty of money in the traditional areas, they like this sandbox, where the rules are not very well defined and there’s bit more flexibility on creativity, turnaround times and everything else,” he says. On a more superficial level, it’s also gotten a lot easier for Freeman to explain his corner of the media universe to people both inside and outside the industry.

Says Freeman: “The response I would get eight to 10 years ago was, ‘I don’t know what you just said.’ The response today is, ‘Oh, that seems to be where the world is going. You couldn’t have positioned yourself better.'”

Photo: One of the lobbies at APA’s Beverly Hills offices.