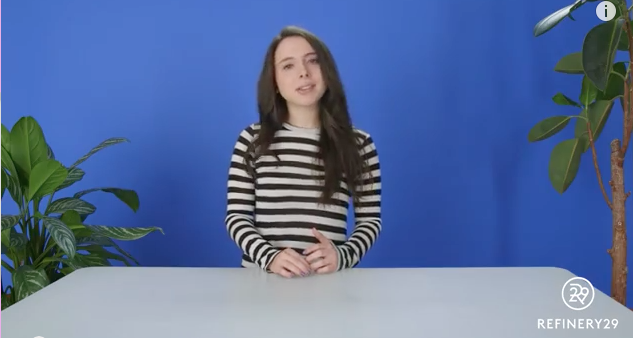 Refinery29 commits to 29 programs at NewFronts

The publisher rolled out a lineup of scripted programming, documentaries and tutorials targeted at smart, bold women.

NEW YORK – Digital lifestyle media company Refinery29, which recently received a $50 million investment from Scripps Network Interactive and WPP Ventures, is sinking some of that coin into original content.

“I have a daughter. I want her to learn how to kick some ass and wear some lipstick while she does it,” Emmerich said at an intimate (by NewFronts standards) gathering held at the Skylight Modern in Manhattan.

“Women are multi-faceted and Refinery29 knows that,” said Whitman, who was among the many stars present. She, Gummer and Dunham will contribute content to Her Shorts, a short scripted film series in partnership with Planned Parenthood that will focus on men and women’s reproductive and sexual health issues through comedy and drama.

“We really want to tell the truth about women and real women: Messy women – women who shove lettuce into their mouths, because that’s me,” Whitman said. “They care about fashion, but they also care about sex and food … and respecting themselves.”

Refinery29 introduced two original video programs I Am Icon and Style Out There in 2014, and declared that new programs  will be distributed over such platforms as Facebook, YouTube, Snapchat and others.

“We will be on all the sites that haven’t yet been invented and we’ll be there with authority and compassion,” said Melissa Goidel, chief revenue officer.

In partnership with Is or Isn’t Entertainment, New Form Digital will produce the scripted series S*!tty Boyfriends, executive produced by Kudrow and Dan Bucatinsky with Kathleen Grace. The scripted narrative follows a young woman trying to navigate the dating world as she gleans advice from her internet-savvy aunt.

The Skinny, co-produced by Wifey.tv, is the story of a feminist comedian in Los Angeles “trying to live, love and get over her bulimia,” according to a press release. The Skinny stars Jessie Kahnweiler – who also writes and directs this series – and Illeana Douglas.

Five Phases is an original scripted series written by Refinery29 features editor Valerie Golembewski that presents everyday situations in exaggerated, humorous and absurd vignettes, while Throwback – produced in collaboration with production company World of Wonder – takes today’s celebrities and transform them into the “It Girls’ of yesteryear (Edie Sedgwick, Cher, Twiggy and more).

R29 Original documentaries include Fashionably Bound, a foray into virtual reality that takes viewers on a stylish journey across continents for a 360-degree adventure; One Look, a glimpse into the world of haute couture; Daycation with Evelina follows YouTube fashion and beauty expert Evelina Barry as she travels to New York, Los Angeles and Palm Springs for day trips of food, fashion and fun; Style Out There (Season 2); Get Real, which celebrates the quirks and quarks of the natural human body; We Are The XX, which follows organization co-founders Kassidy Brown and Allison Rapson as they travel the world and document the front lines of feminism; Trendsetters of Tehran, which lifts the curtain on stylish Tehran, Iran women, produced in collaboration with Hot Snakes Media; Sound Off, a documentary about how style influences and reflects music culture in different societies; Refined Wisdom, documenting intimate conversations between emerging female directors and feminist icons;  and Four Elements and Fashion, a cinematic series that captures fashion as the four natural elements: silk (water), polyester (fire), chiffon (air) and cotton (earth).

– with files from Darah Hansen