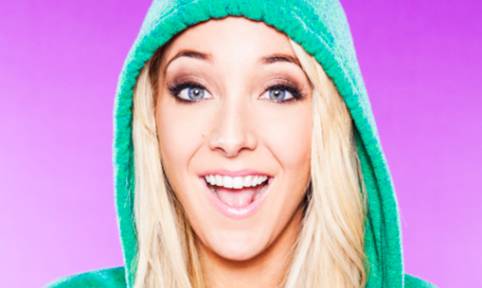 The YouTuber, who can be seen in season two of #HeyUSA, will be repped by the tenpercentery in all areas.

YouTube star Jenna Mourey, better known as Jenna Marbles, has signed with CAA for representation in all areas, it was announced on Tuesday.

Currently, Marbles is executive producing the digital series Maximum Ride with best-selling author James Patterson, being produced by Collective Digital Studio (CDS). She stars in the second episode of the second season of  of #HeyUSA, hosted and executive produced by Mamrie Hart and Grace Helbig, which premiered on The Scene on April 16th, and will be syndicated across YouTube, AOL, Yahoo, Roku, and Dailymotion.

Marbles also hosts a weekly pop-music show on Sirius XM Hits 1 titled The YouTube 15. In 2014, she was honored with Young Hollywood’s Viral Superstar Award, and the 2014 Streamy Award for First Person.