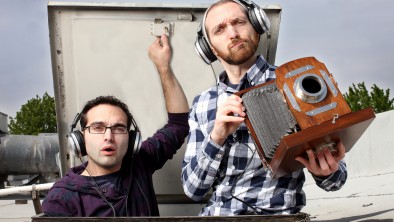 The four creator teams include The Fine Bros., Joey Graceffa, PrankvsPrank and Smosh.

YouTube has a warm spot for The Fine Bros., Joey Graceffa, Smosh and PrankvsPrank.

It has announced an “investment” in four original series by those creators, who represent total combined views of 13.6 billion.

Los Angeles-based, Emmy-winners The Fine Bros. lead the pack with a new scripted comedy series that looks at the world of singing competition shows, produced in partnership with Mandeville Films. Benny and Rafi Fine have amassed a following of 17 million subscribers and their React Channels on Fullscreen have enjoyed three billion views.

The scripted series from Smosh, the comedy duo from Carmichael, California that claims a subscriber fanbase of over 35 million, will find principals Ian Andrew Hecox and Anthony Padilla working at a theme restaurant, dealing with unruly kids and crazy parents.

Joey Graceffa, the Marlborough, Massachusetts native whose YouTube channel has five million subscribers, will lead an all-star cast of YouTubers in a murder-mystery reality series.

PrankvsPrank has been around for six years, attracting nearly 14 million subscribers and nearly three billion viewers to their two channels. Jesse M. Wellens and his girlfriend Jeana Smith recruit celebrity guests to execute their most ambitious pranks yet.

No premieres have been announced.