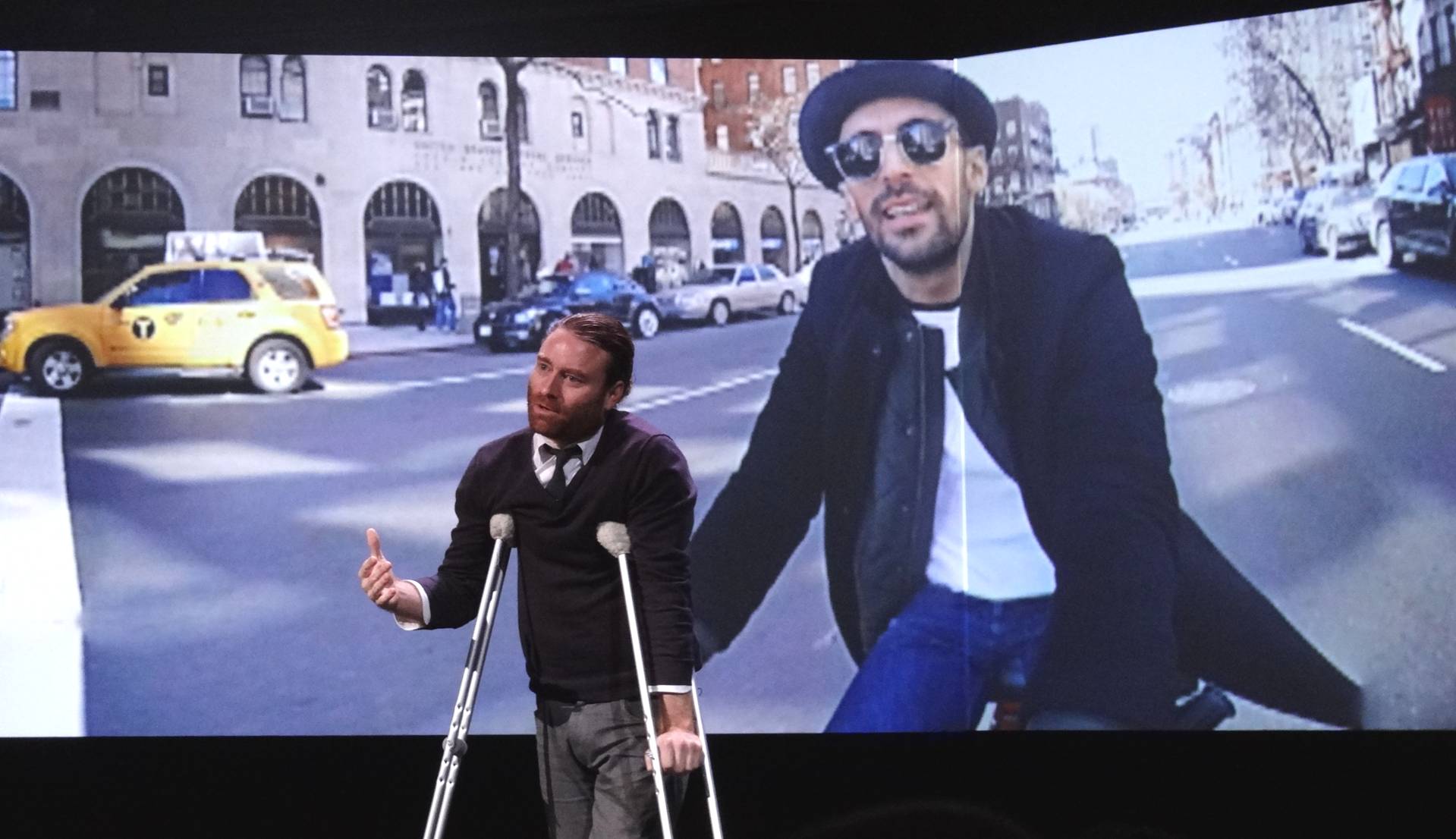 The New York Times also announced a bevy of new video series, including All in the Family and The Graduates: Detroit Class of 2014.

NEW YORK – The New York Times kicked off its NewFront presentation to advertisers at Skylight Modern in Manhattan on Monday morning on a cultured note befitting its status as journalism’s Gray Lady with a solo performance by violinist Caroline Shaw.

After that, it quickly got down to the business of selling what T Magazine editor Deborah Needleman described from the stage as the “powerful super brand that is the New York Times,” with Glengarry Glen Ross-like fervor. The speakers touched on both the quality of its work (its how-to-poach-an-egg video “is like American Sniper for food,” joked Times food editor Sam Sifton) and its influence (“When we ask Benedict Cumerbatch and Reese Witherspoon to make out on film… they make out,” said Rebecca Howard, general manager of video for The Times).

The Times has been putting increasing emphasis on video in recent years, producing journalistic mini docs, as well native-ad videos made by its T Brand Studio. The efforts paid off with a recent Pulitzer Prize win by Ben Solomon for the video work he contributed to the Times’ coverage of the Ebola crisis in West Africa.

The theme of the event was “every angle,” which took literal form when it offered attendees the opportunity to watch its new virtual reality short Walking in New York on Samsung Gear VR headsets. Made by The Times in collaboration with Chris Milk (pictured) and his production company Vrse, it follows French artist JR on his journey to create the cover photo for the most recent issue of the New York Times Magazine.

Directed by Milk, JR and Zach Richter, it can be watched using a virtual reality headset and a smart phone with the Vrse app. Times Magazine editor-in-chief Jake Silverstein noted he will work with Vrse on future virtual reality projects.

The heart of presentation was a preview of its upcoming series, including All in the Family, focusing on businesses run by families; Trials of Spring, chronicling the experiences of six women who played central roles in the Arab Spring uprisings; and The Graduates: Detroit Class of 2014, which follows young people who graduated from a Detroit public high school the year the city declared bankruptcy.

Andrew Ross Sorkin, Times columnist and founder and editor-at-large of DealBook, was also on hand to announce the launch of his new video series, DealBook Explains.

These new shows join a other recently-launched programs on Times Video, including Corner Office, sponsored by Deloitte; Bits Presents Robotica, sponsored by Microsoft; Block by Block, sponsored by Halstead Property; and Made With Kickstarter.

The Times recently announced it will launch a TV adaptation of its popular column 36 Hours on the Travel Channel this fall. Additionally, The Times and PBS NewsHour recently entered into an agreement to share video content, including news reports and longer form documentaries.