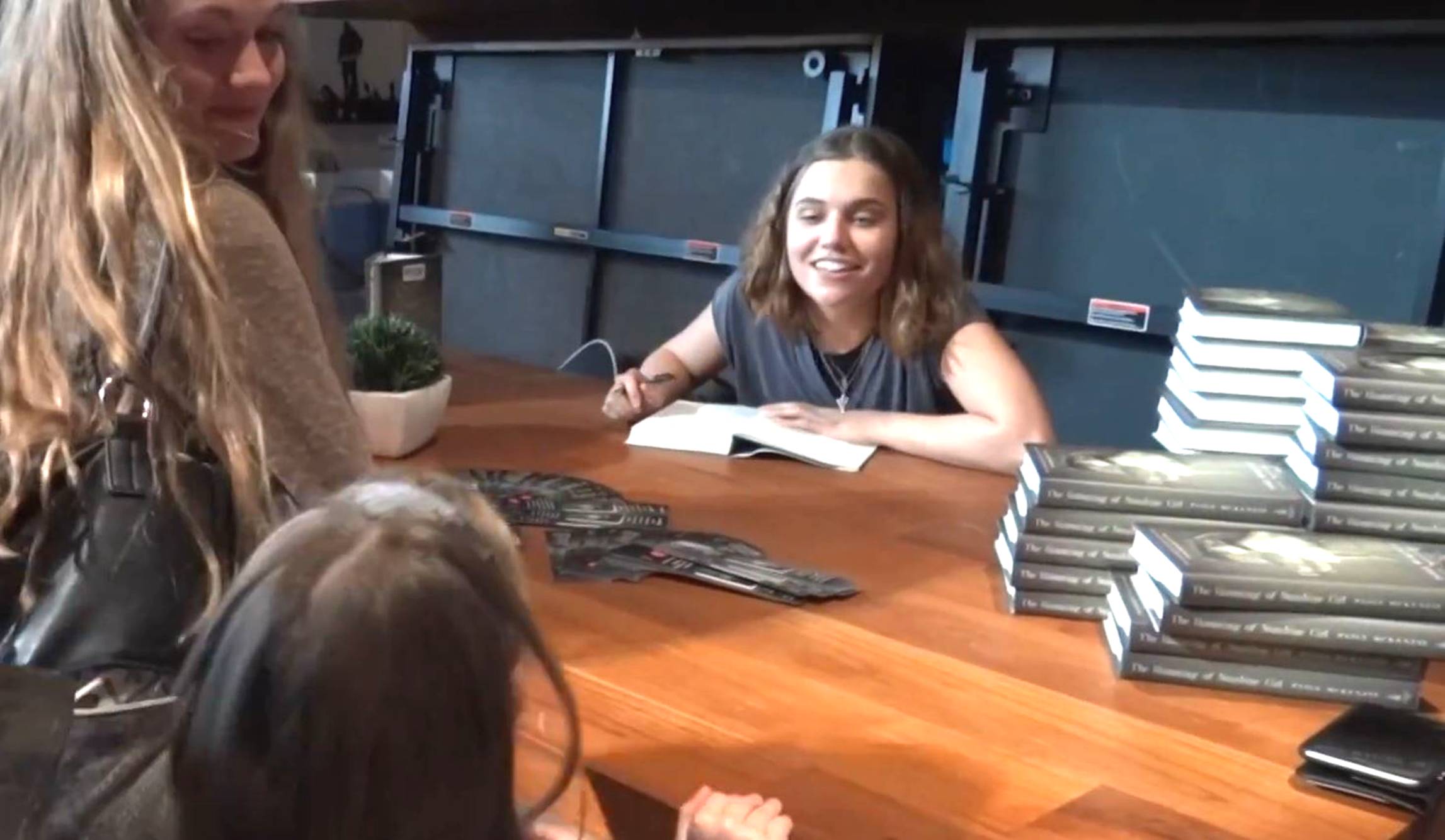 Taking The Haunting of Sunshine Girl from YouTube to the page

Paige McKenzie and her mother/co-star Mercedes Rose explain how their homegrown series became a book, with help from The Weinstein Company.

When actress 20-year-old Paige McKenzie sat down to turn her YouTube series The Haunting of Sunshine Girl into the first in a planned trilogy of young adult novels for Weinstein Books, she didn’t have to wrack her brain to come up with a plot.

She merely did a screen-to-page translation the first 85 videos from the show, which tells the story of a 16-year-old who moves with her mother to Washington state, from Texas, and discovers her new home is haunted. Aiding her in the task was New York City-based co-author Alyssa Sheinmel (The Beautiful Between), who collaborated remotely with the Oregon-based McKenzie.

McKenzie stars in The Haunting of Sunshine Girl with her real-life mother Mercedes Rose, and they make the show with director Nick Hagen through the production company the trio founded together, Coat Tale Productions. Shot in and around their home near Portland, the series premiered in December 2010, and now has a catalog of more than a thousand episodes, averaging three to five minutes. In the spring of 2014, The Weinstein Company cut a deal to turn the show into a series of books, as well as a TV show or movie. The plan now is to go forward with a TV series, but Rose says it’s unclear if it will be on linear TV or a digital outlet.

At the moment, McKenzie and Rose are on a national tour promoting the book, which came to YouTube Space LA last Thursday, where, in the video below, the mother-daughter duo sat down with StreamDaily to discuss the challenge of turning series into a book, dealing with freaking fans, the differences between McKenzie and her character and fear of wet paper versus fear of E.T.