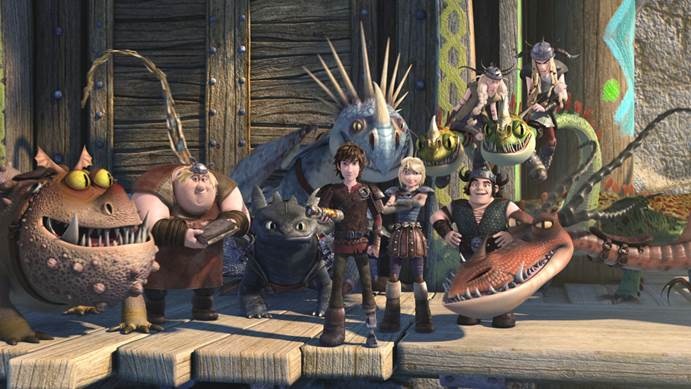 The new original series from DreamWorks Animation is slated to debut on the U.S. SVOD service this summer.

A new Netflix original series from DreamWorks Animation, called DreamWorks Dragons: Race to the Edge, is slated to debut on the American SVOD service this summer.

Thirteen episodes of the new show will premiere exclusively on Netflix, on June 26.

Based on DreamWorks’ popular How to Train Your Dragon films, Race to the Edge follows Hiccup and Toothless and the Dragon Riders as they fly beyond the borders of Berk and discover the mysterious Dragon Eye, an ancient artifact that leads them to new lands filled with undiscovered dragons.

Weaving a continuous story line, the TV series works in tandem with the existing movies and DVD releases, allowing fans to delve deeper into the franchise’s dragon lore.

Actors Jay Baruchel and America Ferrera, who voice the two young Vikings in the feature film, return to the TV series to voice Hiccup and Astrid. They are joined by Christopher Mintz-Plasse and TJ Miller, who reprise their roles as Fishlegs and Tuffnut.

The How to Train Your Dragon franchise has been a particularly lucrative one for DreamWorks, having spawned a Cartoon Network TV series, short films, video games, toys, publishing, apps and tech-based play products.

How to Train Your Dragon 3 is currently slated for a U.S. theatrical release in 2018.