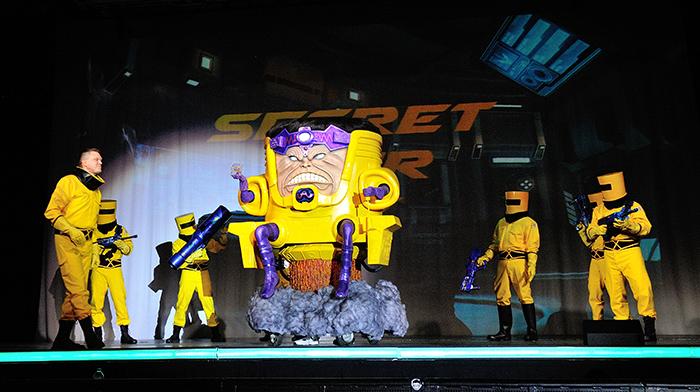 Lionsgate and Comic-Con International: San Diego announced on Thursday they have partnered on a new subscription video-on-demand service that will roll out later this year, beginning with the U.S.

The platform will feature original short-form content created exclusively for the channel’s subscribers, as well as films and television series from Lionsgate and other studios targeting the Comic-Con fan base, and exclusive archived footage from Comic-Con’s 45-year history. The subscription price was not announced.

Discussion for the platform began two years ago, said David Glanzer, Comic-Con’s director of marketing and public relations, in a statement.

The first San Diego Comic-Con, held in the basement of San Diego’s U.S. Grant Hotel in 1970, attracted 300 attendees. The attendance for the four-day event, held every July, has since topped 130,000 in recent years. Its non-profit parent company Comic-Con International produces two other annual conventions, Wondercon Anaheim and the Alternative Press Expo in San Jose, California.

While San Diego Comic-Con grabs the most headlines, there are dozens of other geek-friendly conventions held around the globe each year, and one of the biggest players in the business has already beat them to the punch with a VOD service.

The Comic-Con International channel will be the third streaming from Lionsgate. The company recently launched the Lionsgate Entertainment World platform with the Alibaba Group in China, and it has announced the plans to debut the indie film SVOD service Tribeca Shortlist this summer.