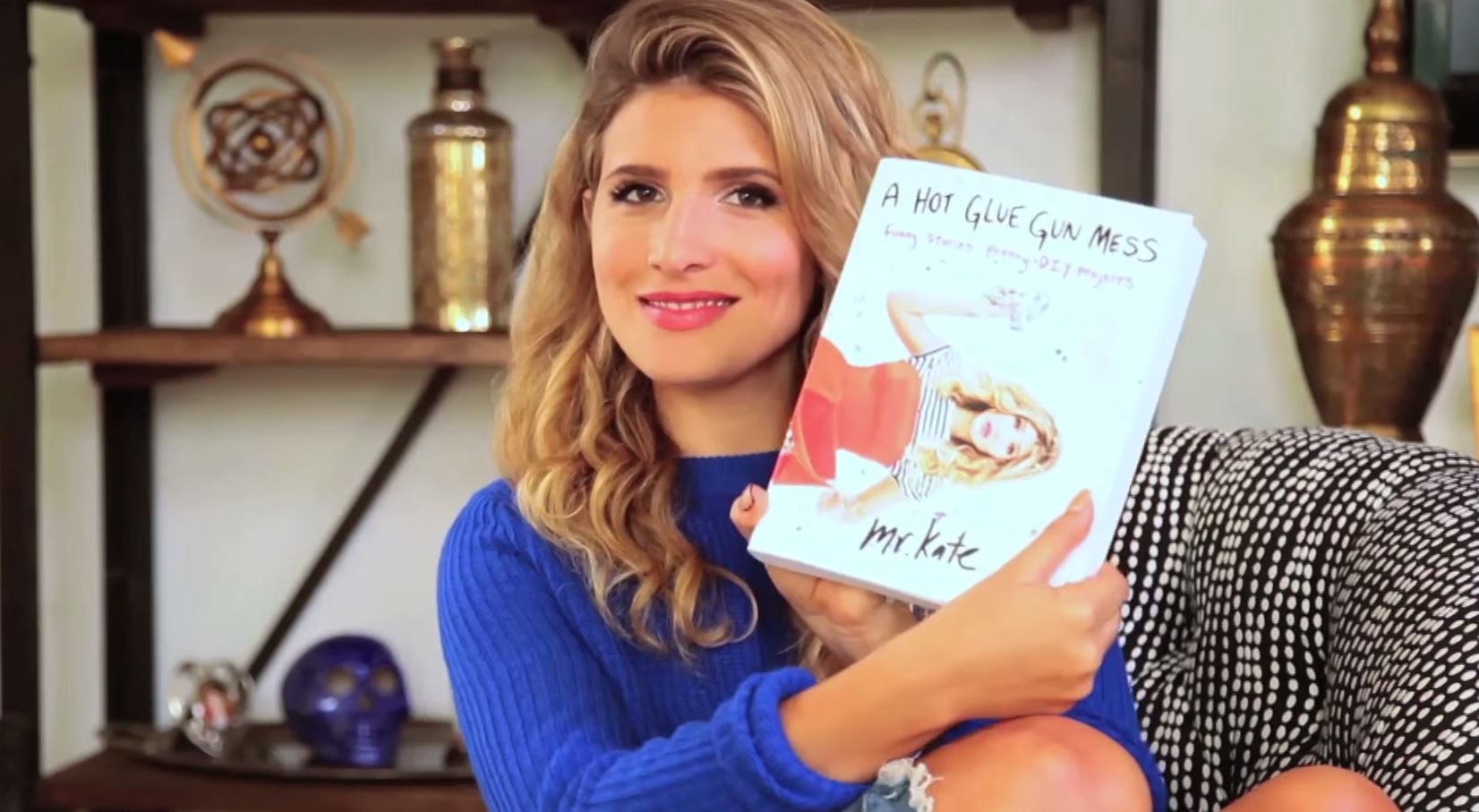 The Disney-owned MCN signs the YouTube lifestyle and D.I.Y. expert (real name: Kate Albrecht), whose first book is due in June.

Disney-owned Maker Studios announced on Tuesday it has signed lifestyle and do-it-yourself expert Kate Albrecht, a.k.a. Mr. Kate, to its multi-channel network.

Albrecht’s YouTube channel has racked up more than 314,000 subscribers and 22.4  million views. Her programming has ranged from branded Style Challenge videos for Target to the series OMG! We Bought a House and A Hollywood Home, both of which co-starred her husband Joey Zehr, the former drummer for The Click Five. In 2013, she signed a licensing deal with Lamps Plus for her own line of lampshades, and now she’s penned her first book A Hot Glue Gun Mess: Funny Stories, Pretty DIY Projects, due out in June 16 from HarperCollins and currently available for pre-order.

“I look at Kate as the Martha Stewart meets Betsey Johnson of the millennial generation,” said Jenny Fancy, general manager of the life and style audience division at Maker Studios, in a statement. “We see endless potential in the Mr. Kate brand and look forward to working on an array of projects that will continue to fuel the brand’s growth and reinforce its place as the number one authority on stylish, creative living.”

While studying film production at Loyola Marymount University in Los Angeles, Albrecht moonlighted as an actress, appearing in such TV shows as Entourage and Sex & the City and the films The Princess Diary 2 and My Best Friend’s Girl. Launching her Mr. Kate YouTube channel in 2009, she went on to appeared as a DIY and interior design expert on TV programs such as Today, Access Hollywood Live and The Nate Berkus Show.

Albrecht is repped by Alec Shankman at Abrams Artists Agency.

Image: screengrab from Albrecht’s “My Biggest Announcement Ever!” video.