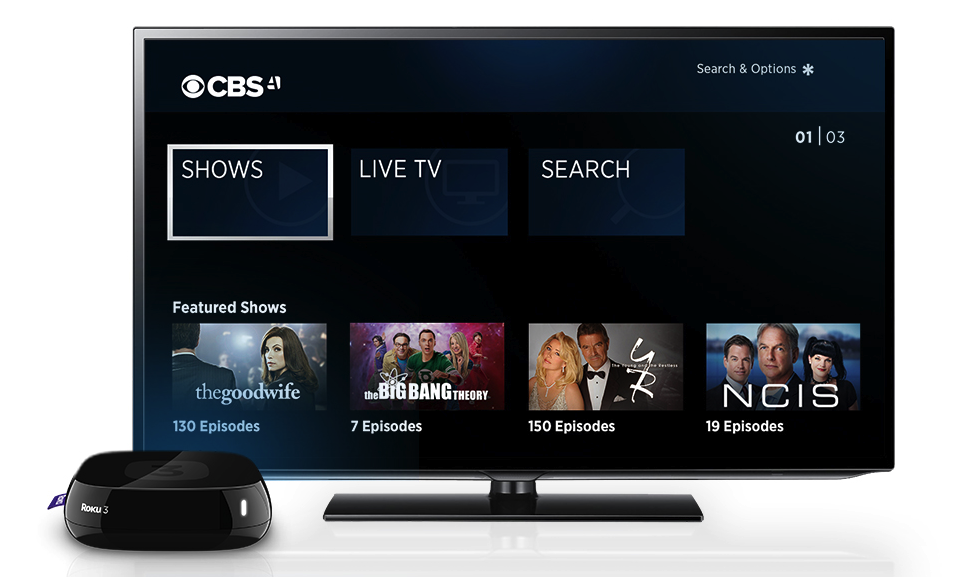 The $5.99 service gives subscribers access to live CBS TV stations in 14 markets and previous seasons of classics like Star Trek and Cheers.

Full seasons of current primetime programming, daytime and late night CBS shows are now being offered via subscription to all Roku devices.

For $5.99 per month, CBS All Access will also offer Roku player and Roku TV viewers previous seasons of TV programs and classic shows like The Good Wife, Survivor, Cheers and Star Trek on demand, plus the ability to stream local CBS TV stations in the 14 largest U.S. markets, including New York, L.A., Chicago and Philadelphia.

CBS All Access subscribers can also use the service via the CBS app on their Android and iOS devices, as well as online at CBS.com.

The CBS All Access Channel will replace the clip-driven CBS Channel, with existing users automatically upgraded to the new channel.

In a statement, CBS Interactive EVP and GM, entertainment, sports and news Marc DeBevoise claims CBS All Access is only the first of upcoming changes concerning digital media and devices.

“The launch of CBS All Access’s channel marks the first of many connected device platforms we’ll be bringing CBS All Access to in the coming months,” he said.