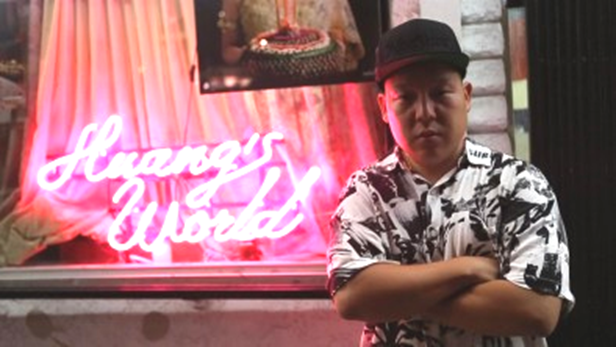 The International Academy of Digital Arts & Sciences (IADAS) announced the nominees for The 19th Annual Webby Awards on Tuesday.

Vice Media is the overall leader with 17 total nominations – including one for Eddie Huang (pictured) as best online personality host – six more than it received last year. It was followed by CollegeHumor, which received nine nominations, and Funny or Die and HBO, which got eight each.

The awards cover a wide range of areas, from best website writing to various online video categories, such as long form comedy, where Zach Galifianakis’ Between Two Ferns interview with President Obama is nominated alongside College Humor’s “If Google Was a Guy,” Jimmy Kimmel’s Mean Tweets, Jerry Seinfeld’s Comedians in Cars Getting Coffee, and Kids React by The Fine Bros.

This year’s Webby Awards received nearly 13,000 entries from more than 60 countries worldwide, only 8% of which were selected as nominees. The full list of nominations can be found online.

The honorees will receive their awards at a ceremony hosted by comedian Hannibal Buress at Cipriani Wall Street in New York City on May 18th. The event will be streamed on the Webby’s web site the following day.