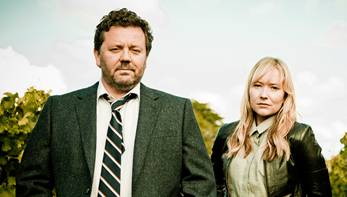 The four two-hour standalone mysteries will premiere on the SVOD service over consecutive Sundays in May.

Acorn TV announced on Thursday that it will air the U.S. premiere of the New Zealand detective drama The Brokenwood Mysteries beginning on May 4.

The SVOD service specializes in bringing British programming to North American audiences, but it also carries Australian series such as Miss Fisher’s Murder Mysteries and A Place to Call Home, the latter of which is having its U.S. premiere on Acorn TV this month.

The Brokenwood Mysteries tells the tale of two detectives, played by Neill Rea (Scarfies, Legend of the Seeker, Go Girls) and Fern Sutherland (The Almighty Johnsons) investigating murders in a seemingly quiet country town. Chris Bailey (Nothing Trivial, Street Legal) is the show’s producer and Tim Balme (Stolen, The Almighty Johnsons) is its lead writer.

The series consists of four standalone two-hour mysteries, which will debut on Acorn TV on consecutive Mondays in May.

Acorn TV’s parent company RLJ Entertainment acquired the North American home video rights for The Brokenwood Mysteries – which also cover DVD and Blu ray – from All3media International. The company would not disclose terms of the deal.

The series originally aired on Prime TV in New Zealand beginning in September 2014. A second season The Brokenwood Mysteries, once again featuring four two-hour telefilms, is scheduled to go into production next month.