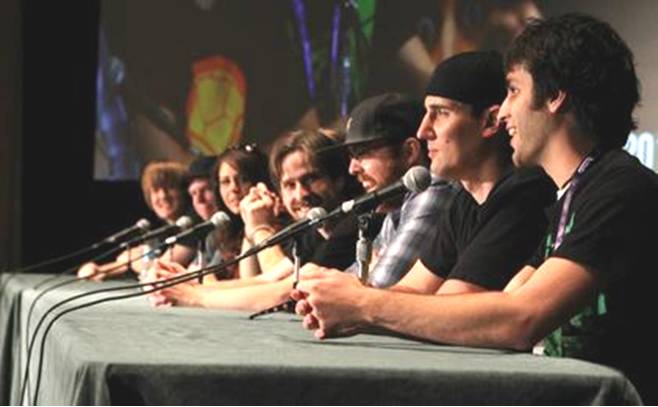 Co-founder Craig Skistimas talks about what happens when YouTubers become event planners and what's in store for this year's conference.

The ScrewAttack Gaming Conference (SGC), scheduled for July 17 to 19 in Frisco, Texas, is billed as “The Greatest Party in Gaming,” and it takes a lot to keep that party going.

“I don’t think most people realize how much it actually costs to rent a venue and run everything,” say Craig Skistimas, who co-founded ScrewAttack with Thomas Hanley in 2006.

SGC went on a three-year hiatus after the first two installments in 2009 and 2010, not just because of the hefty monetary price tag, but also the mental and physical toll of doing things on the cheap and running the event entirely by themselves – from the initial planning to manning the registration desk and fixing buttons on arcade games at the venue.

The event was a valuable extension of the ScrewAttack brand, centered around its YouTube channel, which has now amassed 1.8 million subscribers and 443 million views, as well as its website. But it wasn’t exactly a profit machine.

“It’s always been about the community, as opposed to a profitable money-making venture. Our goal with SGC has always been just to break even,” Skistimas says. “So (we thought) we can either focus on our web site and the content, which allows to do everything, or we can do the event.”

With SGC on a break, Dallas-based ScrewAttack went on to solidify its position as one of the top producers of online content catering to the gaming community, with video game news, trailers and original series.

“But the community kept saying, ‘We want you guys to bring SGC back,'” Skistimas says.

So, in 2012, ScrewAttack launched a Kickstarter campaign to revive SGC the following year. It ended up raising $120,000, which enabled it to hire an outside firm to run the event and generally expand and improve the content.

With the better presentation came a dramatic increase in attendance. The first SGC was a relatively small affair held in Dallas that attracted approximately 900 attendees over the course of three days. Last year’s SGC drew approximately 5,000 people, and Skistimas expects as many as 8,000 to attend this year’s edition.

“We don’t really want it to be much bigger,” Skistimas says.”It’s a fairly boutique event. We just want it to be a really fun party.”

This year’s SGC will feature the usual lineup of how-to tutorials and industry panels, live concerts, cosplay competitions, table-top gaming, gaming tournaments and appearances from top YouTube gaming personalities from such channels as Rooster Teeth, Kinda Funny and Game Theory, as well as a just-announced reunion of the voice actors from the original Dragon Ball Z TV series.

“We’re kind of going for SXSW vibe, where we’re kind of taking over the city,” Skistimas says, “and I think we can do that with Frisco,” a town of 146,000 people located 25 minutes north of Dallas.

Skistimas says they’re looking into the possibility of mounting an e-sports competition in the Dr. Pepper Arena next door to the venue, as well as some attempts to break a few cosplay world records. Additionally, the night before SGC opens, ScrewAttack will co-host a grand opening party for the National Video Game Museum in Frisco.

As to where ScrewAttack – which was purchased by Fullscreen in 2014 – might take things in the years to come, Skistimas can’t say.

“If you had asked anyone where this would be five years ago, they would’ve told you something totally different,” he says. ” You can throw out business models, but things change so fast that the idea of having a business plan for five years from now, especially online, is very hard.”