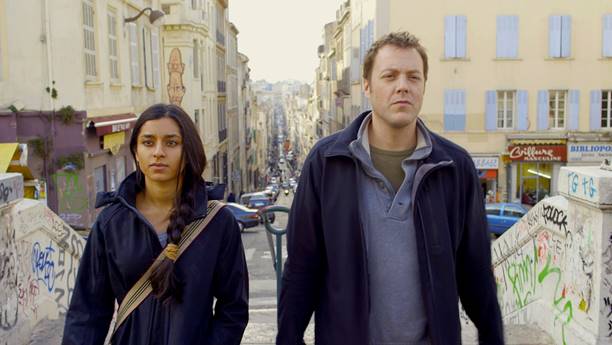 Set around the story of two journalism students on the run after uncovering a global conspiracy, the 10-minute Guidestones: Sunflower Noir stars Supinder Wraich and Dan Fox (both from Degrassi: The Next Generation) and was shot in England, Greece, France, New York, Toronto, Kiev and Chernobyl. This year, French actor Arnaud Binard (ID:A) joins the cast as action hero Brooklyn Cott.

The show began as an interactive web series in 2012 when few digital platforms existed. When Season 2 was filmed on a budget of $400,000, producers decided to double the number of minutes so it could be turned into a traditional TV series, with sponsorships and licensing fees helping to develop it further.

Guidestones first debuted on a website, and was later picked up by Hulu and CTV for posting and broadcast.

The first season of Guidestones earned a 2013 International Digital Emmy for best digital program – fiction and the 2013 Canadian Screen Award for best original program and series produced for digital media.

Catherine Tait and Jonas Diamond serve as executive producers, with Lisa Baylin and Jay Ferguson listed as producers. Ferguson also directs the series, and co-writes it with Jeremy Diamond.

With files from Melita Kuburas.