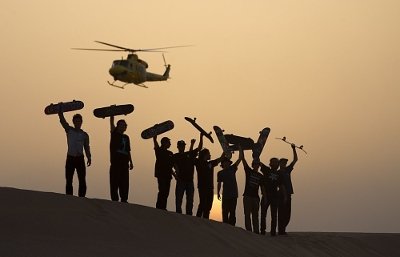 Mountain Dew deepens streaming ties with We Are Blood

It's the latest digital content play by the soft drink brand's Green Label Films, which sponsored a $250,000 competition for creators last year.

Mountain Dew Green Label Films announced on Wednesday that it will release the skateboarding film We Are Blood worldwide in August direct to video on demand and streaming platforms, including iTunes, Amazon Instant Play and in MGO.

A global release on DVD and Blu-ray will follow. In the U.S. it will be available at Target and skating-friendly specialty stores such as Zumiez. There may also be a limited theatrical release in select cities.

Directed by Ty Evans, We Are Blood follows professional street skateboarder Paul Rodriguez as he and other top stars of the sport travel to skating hotspots in the U.S., Spain, China and Dubai. It was shot in Ultra HD 4K using camera systems such as the Shotover F1, Phantom Flex 4K and Red Dragon to capture unique perspectives on the action.

In March 2014, the studio partnered with filmmaker Robert Rodriguez and El Rey Network (U.S. broadcaster of Rodriguez’ series From Dusk Till Dawn) on Green Label Studios: Open Call, a competition in which creators were asked to submit shorts showing how they “Do the Dew.” Nine finalists were selected to receive $10,000 each to create shorts illustrating “the Dew spirit.” From that pool, filmmaker Nathan Balli was chosen as the winner of the grand prize, a $250,000 production grant.