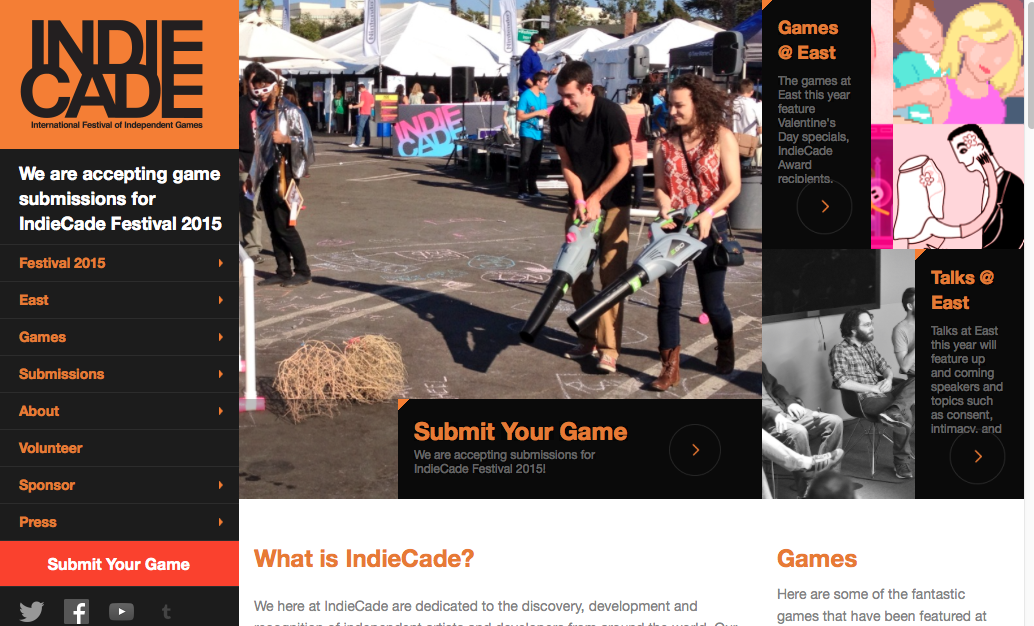 IndieCade and Skybound pair up

The production company and videogame festival are exploring web series and channels all about independent gaming.

IndieCade, self-described as the Sundance festival of the video game industry, is a three-day annual festival, conference and awards show that features indie games submitted from around the world.

The partnership between Skybound and IndieCade, which was announced at SXSW, is intended to bring more awareness to independent gaming with different programs the companies are co-creating.

This includes, according to the announcement on Skybound’s website, the “exploration of producing an online web series around the IndieCade Festival and the game makers” and “creating a dedicated video channel for IndieCade nominees and award winners. ”

“Because of Skybound’s longstanding commitment to fostering new creators, we are delighted to help lift up the undiscovered rock stars of the independent gaming world,” said Skybound Entertainment’s managing partner Jon Goldman.

This year’s edition of IndieCade will be held in Culver City Oct. 22 to 25.