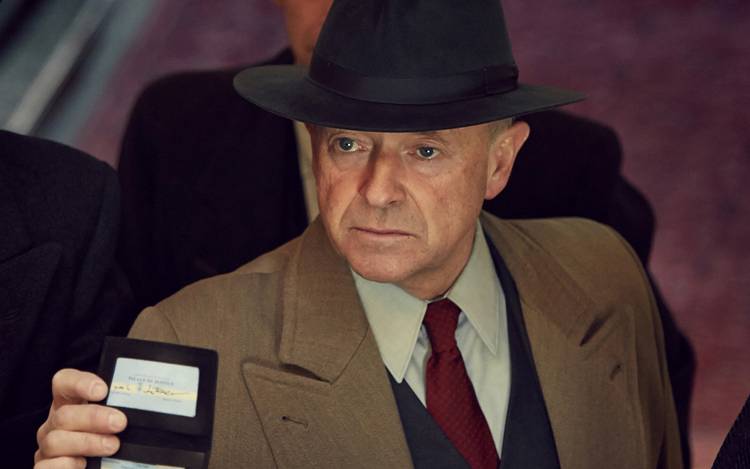 How the upstart SVOD service has become the premier source for British TV in the U.S. by both licensing and producing content.

The popularity of Downton Abbey has demonstrated that Americans have a hunger for British period drama. One would think that a SVOD service would jump in to feed that appetite.

The truth is, one already has.

While Netflix and Amazon have been grabbing the headlines, Acorn TV has been quietly branding itself as the go-to U.S. outlet for British TV drama, both licensing and co-producing new series from the U.K.

“The big players like Netflix have trained people that this is a great way to consume content,” says Matthew Graham, VP of Acorn TV. “But they’re very broad and content is expensive. To really serve a niche audience, it takes a lot of focus. I don’t believe it makes sense for the big guys to go as deep with the content as we go.”

Launched in 2011, Acorn TV currently boasts approximately 125,000 subscribers in the U.S. and Canada paying $4.99/month. It has roughly 1,800 hours of content at any one time, about half of which is exclusive.

AcornTV doesn’t have Downton Abby — it’s on PBS — but it has a wealth of other veddy British programming. Recently, it hosted the exclusive U.S. premieres of a succession of British miniseries. This week, it’s the BBC adaptation of Jamaica Inn. Last month it was Channel 4’s New Worlds, starring Jamie Dornan (50 Shades of Grey). Next month, it has BBC’s contemporary crime thriller The Driver, which Showtime is adapting for U.S. audiences, with David Morrissey reprising his starring role. It also has the U.S. premieres of new episodes of Doc Martin, Midsomer Murders, Vera and George Gently, as well as Canadian and Australian series such as A Place to Call Home, Miss Fisher’s Murder Mysteries, Jack Irish and Murdoch Mysteries.

Increasingly, Acorn TV is putting skin in the game as producer.

In November 2010, the company acquired 100% ownership of the long-running ITV series Foyle’s War (pictured), seen for years in the U.S. on PBS’ Masterpiece Mystery! The final season premiered exclusively on Acorn TV in February 2015.

In February 2012, Acorn became the first U.S. company to acquire a controlling interest (64%) in the literary estate of the bestselling British mystery novelist Agatha Christie. Because of the deal, the final episodes of the long-running ITV series Poirot, starring David Suchet as Christie’s Belgian sleuth Hercule Poirot, debuted on Acorn TV in the U.S. instead of PBS, its American home for the previous 25 years.

The company commissioned a new Poirot novel from author Sophie Hannah, published last September. It also has two adaptations for BBC1, Partners in Crime and And Then There Were None, coming in 2015, as well a new film version of Murder on the Orient Express in development.

Acorn TV can trace its roots back to 1984, when independent communications consultant Peter Edwards launched the company out of his home under the name Atlas Video. Initially, its mandate was to produce and distribute documentary programming in the home video market. In 1994, it licensed its first British period drama Cadfael, starring Derek Jacobi, then airing on PBS’s Mystery!, for home video in the U.S. It was the first of many deals with U.K. broadcaster Central Television (now ITV Central). Later that year, the company changed its name to Acorn Video. Following a 2012 merger with Image Entertainment, Acorn TV’s parent company changed its name to RLJ Entertainment.

Acorn TV’s subscriber growth rate is up 78% from March 2014 to March 2015, but “the home video space still a core business for RLJ Entertainment,” Graham says. And, when it comes to co-productions such as the upcoming Partners in Crime, “there are a variety of ways that Acorn recoups the investments,” he adds. “Sometimes it’s through broadcast licensing deals, part of it is home video, and part of it is Acorn TV. It could also be third party EST or third party SVOD.”

“We’re very bullish on niche streaming services,” Graham says. “We see a lot of opportunities in different categories, and we have other channels in development, as well.”