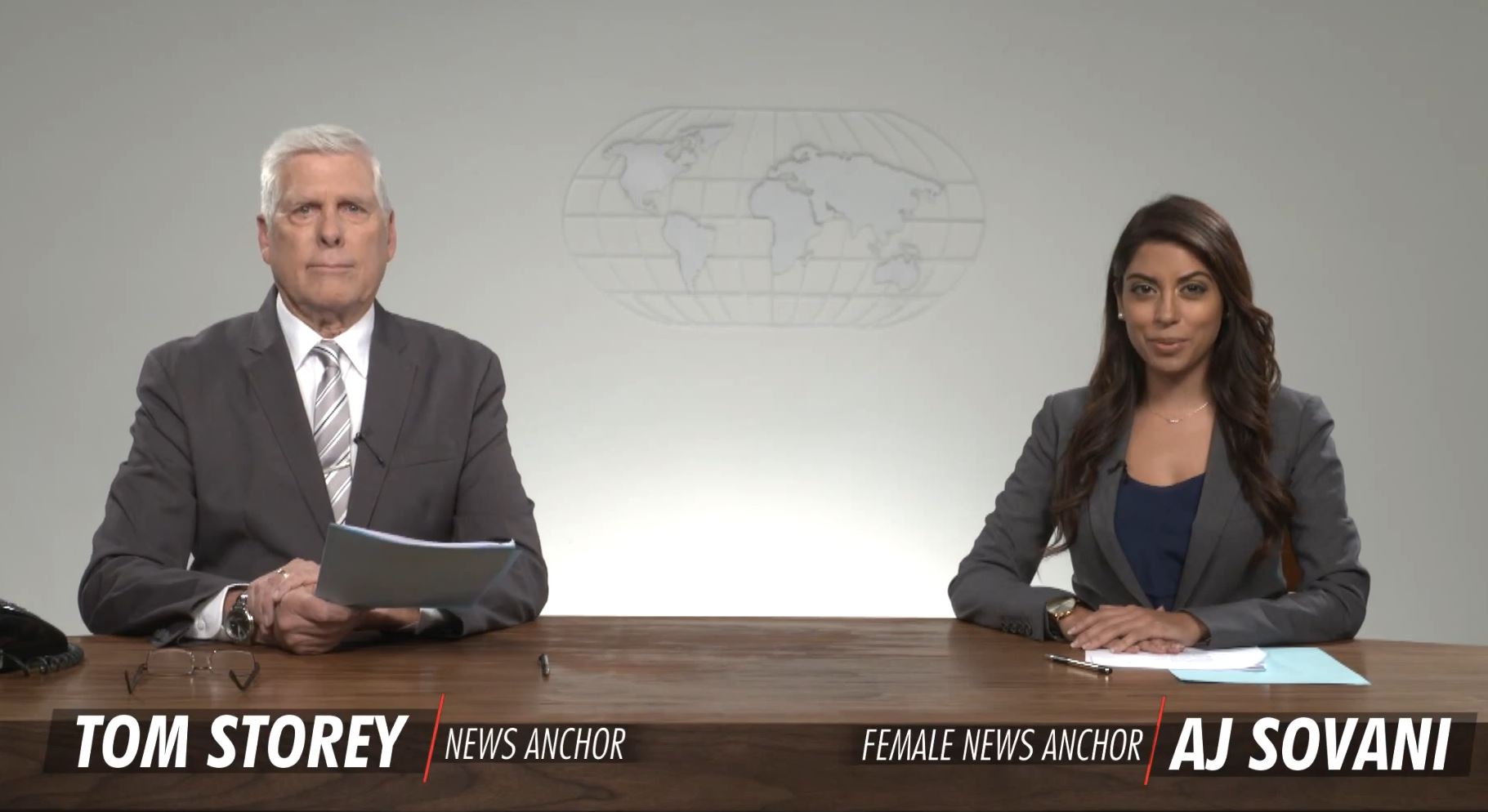 The daily news show is the second program in a slate of original content from Uproxx's parent Woven Digital.

The three to five-minute shows will be taped Monday through Friday at noon Pacific time in Woven Studios in Culver City, Ca., and posted on Uproxx.com and YouTube later that afternoon. Tom Storey and Aliya-Jasmine Sovani serve as the news anchors.

Created by Woven’s chief creative officer Benjamin Blank, the show will explore timely topics from the web and pop culture, with a wide variety of guests, celebrity and otherwise. While most entertainment news programs make pains to be casual and hip, The Desk goes the opposite route, trolling for laughs by reporting on fluffy trending news, like the appearance of an image of an animated topless duck on the Nickelodeon series Oggy and the Cockroaches, with a straight-faced, serious tone akin to CNN or BBC News.

The Desk is the second original show produced and distributed by Woven, following Luminaries, about young innovators on their road to technological breakthroughs, which premiered in January.

Founded in 2010 by Scott Grimes and Michael Laur, Woven Digital is headquartered in Los Angeles, with offices and production facilities in New York and Chicago.

Image: screengrab from The Desk.