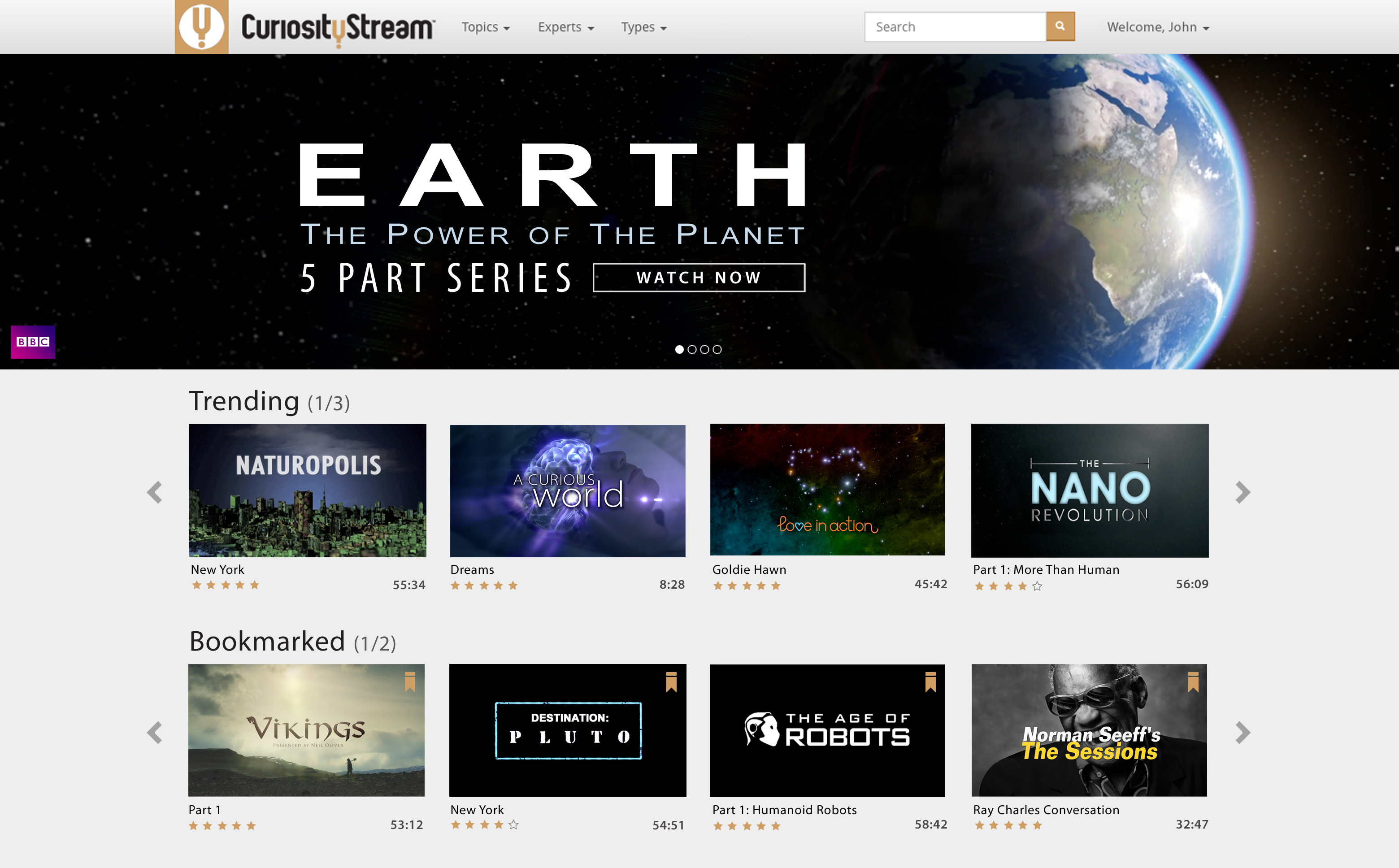 Platforms and formats come and go faster and faster these days, and companies have to be fleet of foot to keep up with the changes in technology, as well as customer preferences.

During the beta testing of CuriosityStream – the new SVOD platform launching Wednesday dedicated to exploring science, technology, civilization and the human spirit – it was discovered that customers have little interest in paying $3.99/month to watch programs in 720p, when for just $2 more, they can get it in 1080i.

“It appears that people who want to stream this to their large-screen TV will want the full 1080i, and so we’re eliminating the 720 subscription,” says John Hendricks, chairman of the platform’s parent company, Curiosity Project LLC.

CuriosityStream is also offering standard definition (480p) for $2.99/month, but the headline attraction is its 4K programming, tentatively priced at $9.99/month, which it plans to begin offering sometime in the third or fourth quarter of 2015.

“As it gets closer, we might have to adjust the price, because there are more costs involved when you’re trying to move all those bits,” says Hendricks, who founded the Discovery Channel in 1985.

The platform will launch with approximately 500 titles, instead of the originally-announced 800. But Hendricks says close to 300 of them will be exclusive originals, including a catalog of interviews recorded at Curiosity Studios in Silver Springs, Maryland, with experts ranging from Folger Shakespeare Library director Michael Whitmore to Monumental Sports & Entertainment CEO Ted Leonsis.

“We’re right outside of Washington D.C., and there are a lot of experts in the area, whether they’re testifying on Capitol Hill or visiting at one of the local universities like Georgetown University or the University of Maryland,” Hendricks says. “We’ll interview them for maybe 90 minutes on a topic like quantum computing, and that will be edited down to an eight- to 18-minute piece that’s been illustrated with a lot of rich visual graphics. There’s a lot of work in that, sometimes it take as much as two months between the studio interview to when it’s ready to air.”

Hendricks says they’ve set aside a budget of several million dollars to publicize the launch of CuriosityStream, much of which will be spent online.

“We’ve discovered that a lot of our (potential viewers) already have a good broadband connection,” Hendricks says. “Typically, they already have Netflix. So they’re already sold on the commercial-free viewing experience that streaming offers. So we want to reach those people online. Hopefully, if we do our job right, on most of the sites you’re surfing around on launch day, you’ll see our advertising.”