World Star Headquarters, a 10-episode online scripted comedy series about a fictional team behind the Worldstarhiphop.com website, is the first project behind a new partnership between hip hop moguls Russell Simmons and Lee “Q” O’Denat.

Beyond the first web series, the duo has not yet announced anything concrete, nor have they provided details on what types of channels or services they plan to approach.

A spokesman confirmed that no new projects beyond the online comedy World Star Headquarters were being announced at this time.

Each episode is 4-to-7 minutes in length and will roll out weekly.

In a statement, O’Denat said the new alliance with All Def Digital will help WorldStar Hip Hop, a digital hub for hip hop culture and news, and user-generated video content that attracts approximately 20 million page views a day and 30 million unique viewers a month, dramatically expand its vision and abilities. 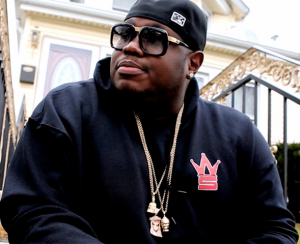 “All Def Digital’s cross-platform approach is the perfect partner for WorldStar Hip Hop to stretch its creative wings and grow as a media brand into the television, film and subscription arenas on a global basis,” said O’Denat. “Russell and his many groundbreaking initiatives have inspired me and shown me a world of possibilities that exist as we extend the WorldStar brand through cultural, comedic, and music programming across screens, from digital, to theaters and globally through premium and subscription television.”

Here is the trailer for World Star Headquarters: