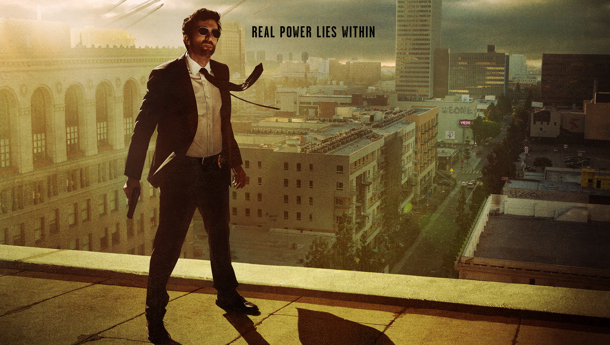 The 10-episode adaptation of the sci-fi graphic novel is the first original scripted series for the platform.

After a lengthy development process that included a cancelled pilot for FX, the series adaptation of the sci-fi graphic novel Powers debuted on Wednesday as the PlayStation platform’s first original live-action series. It was originally scheduled to premiere in December.

The first hour-long episode is available to watch for free in the U.S. via PS3 and PS4 devices, and online on YouTube and the PlayStation site.

PlayStation Plus members will be able to watch the entire 10-episode season for free. The first 3 episodes are also currently available on the PlayStation Store.

Produced by Sony Pictures Television and Circle of Confusion, Powers is adapted from the graphic novel of the same name by Brian Michael Bendis and Michael Avon Oeming. The pair serves as executive producers on the series, along with Remi Aubuchon, Charlie Huston and David Engel.