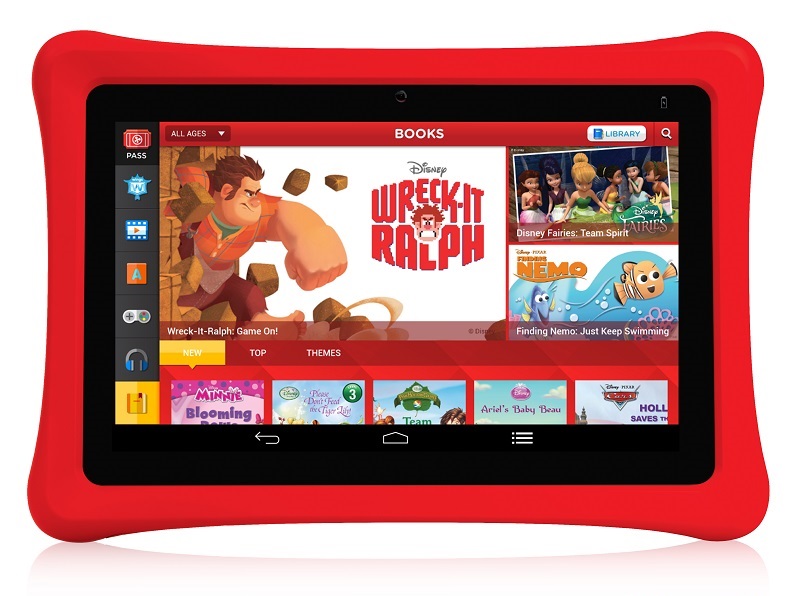 Kids tablet maker Fuhu has inked deals with Disney and Discovery Communications to include a range of their content in its new nabi Pass subscription service.

Through the Disney deal, Fuhu gains access on a monthly basis to a new collection of videos that will feature programming from Disney’s TV channels, as well as a number of apps and ebooks.

Videos will be curated from series such as Disney Junior’s Little Einsteins and Mickey Mouse Clubhouse; Disney Channel’s Liv and Maddie and Girl Meets World; and Disney XD’s Mighty Med and Gravity Falls. Apps, eBooks and games featuring popular Disney characters and franchises like Disney Princesses and Mickey Mouse are also part of the deal.

On the Discovery Communications side, the pay-TV programmer will provide content under its Discovery Family Channel brand. Video offerings include notable franchises and specials such as When Dinosaurs Roamed America, Too Cute! and How It’s Made.

Fuhu plans to roll out new Disney and Discovery content via nabi Pass on a regular basis. A first-in-kind service, nabi Pass was introduced last December as a mixed-media subscription service (videos, games, eBooks, apps) for kids ages 3 to 14.

The tablet maker is currently finalizing deals with additional partners that will further expand nabi Pass in 2015. It’s also developing original series and content set to launch later this year.