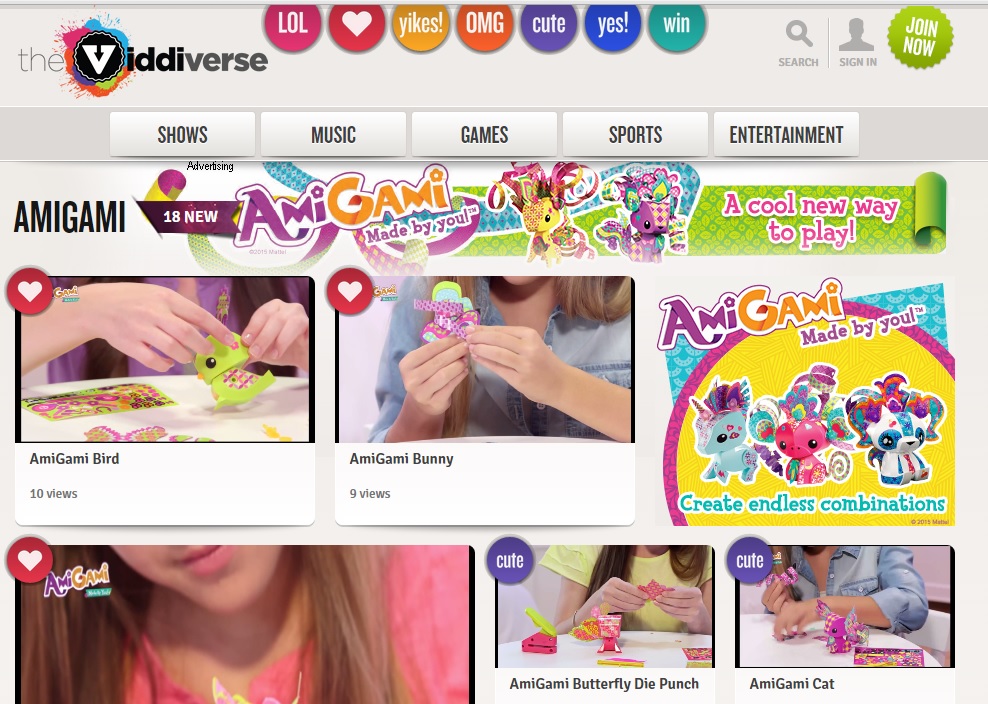 Mattel has teamed up with New York-based tween social network Viddiverse to bring its new toy and crafting line AmiGami to the video-sharing site.

Mattel is taking its new toy and crafting property AmiGami to the realm of tween video-sharing, courtesy of a new partnership with New York-based video social network Viddiverse.

Through the deal, the tween-oriented social net is now home to an AmiGami video channel and will distribute branded video content through its platform.

In addition, traffic generated from Mattel’s online campaigns will be directed to the AmiGami channel on Viddiverse.

Mattel’s new toy line, AmiGamis, are animal-shaped plastic figures such as dogs, cats, horses, raccoons, giraffes and chameleons. Kids can decorate the animals with colorful paper parts and stickers, with up to 500 different combinations and are completely customizable.

Currently, the channel has how-to clips and videos of kids decorating their own AmiGami figures. Tweens will also be able to upload their own AmiGami videos to the site and edit them in the Viddverse’s studio, allowing Mattel and Viddiverse to create an online crafting community.

The social network went live in May 2014, and has since expanded its tween offerings. Over the past year, Viddiverse has diversified its content with channels featuring style and makeup YouTube stars Brittany Balyn and Kimberly Bond and the documentary series Kids World Sports from Skywriter Media & Entertainment Group, which follows young athletes during pivotal moments in their careers.

The social network is COPPA-compliant, geared at kids ages eight to 14.