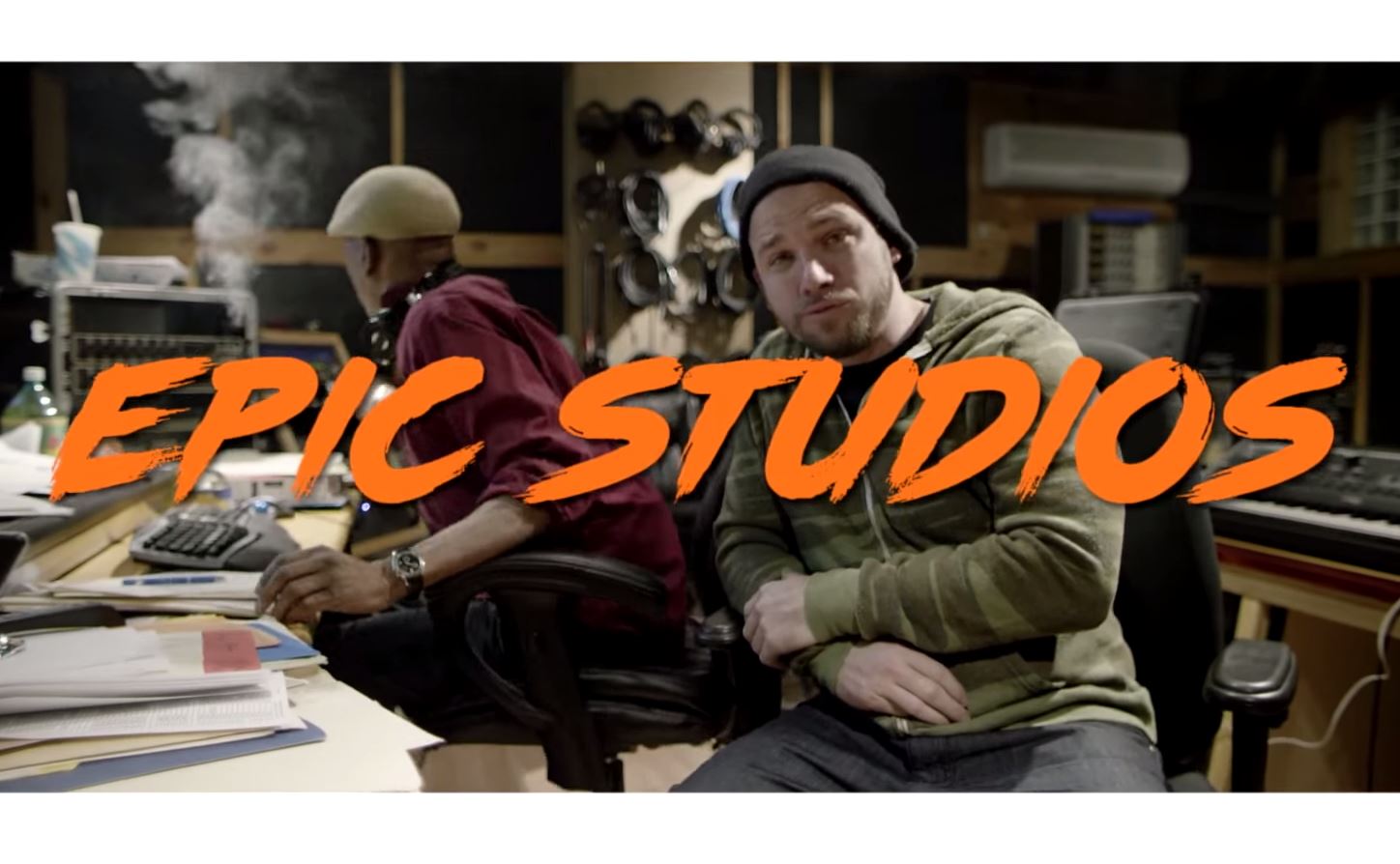 The Rap Battles star unveils the trailer for his web series, Epic Studios, and talks about his fall tour.

EpicLloyd (real name: Lloyd Ahlquist) has essayed rhyming portrayals of everyone from Alfred Hitchcock to Adolf Hitler in his YouTube series Epic Rap Battles of History, made in collaboration with Peter Shukoff (a.k.a. Nice Peter).

While it has been a major hit on the platform, racking up more than 11.85 million subscribers and 1.5 billion views, it’s left some creative itches unscratched for the 38-year-old New Hampshire native.

So Ahlquist traveled to Canada this winter to shoot a trailer (below) for Epic Studios, in which he stars as an adrift loser and closet rapper who inherits a failing music studio in Toronto when his estranged heavy metal rock star father (played by Steve “Lips” Kudlow from the Canadian heavy metal band Anvil) is mauled to death by a lion.

“With the Rap Battles, I get to act in a very specific way, in costume, and this is a different side of me,” says Ahlquist, an improv comedy veteran, who co-wrote Epic Studios with Jill Goslicky and Aaron Krebs. “There’s a story and it’s much more character-based, so I’m excited about that.”

The plan is to shoot 13 7-minute episodes of the show at a budget of between $250K and $400K Canadian. Its story is structured so it can also be packaged and sold as 22-minute TV episodes.

“We’re finding there are VOD platforms or destination websites, especially that target the young adult or 18-34 category, that are looking for this kind of content,” says Catherine Tait, president of Duopoly and chair of iThentic, the companies that will produce and distribute the show, respectively.

Epic Studios is currently competing for a grant from Canada’s The Independent Production Fund, but if that doesn’t come through, Tait is confident financing can be completed through a variety of other potential avenues, including production tax credits and brand deals.

“What’s great about these digital series is we’re able to put them together in 6 to 9 months, as opposed to 2 years, as you do with television,” Tait says. “Our hope would be that we would get the financing closed by the end of May and try to shoot either in late summer or early September.”

That would be in time to free Ahlquist to hit the road with the first-ever concert tour for Epic Rap Battles of History this fall. Ahlquist promises a large sampling of their classic historical throwdowns, audience participation and a solo number or 2 from both him and Shukoff, but he says people shouldn’t expect their makeup and outfits to be as elaborate as those in their videos.

“It definitely won’t be the full costumes, because it takes longer to get into the costumes than it does to play the whole song,” Ahlquist says.