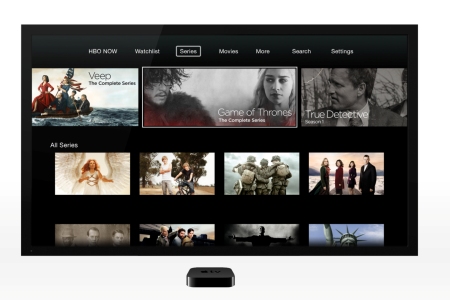 Upon launch, users will be able to subscribe to HBO Now via an app for iOS devices or watch it directly on Apple TV.

HBO and Apple will team up for the launch of HBO’s streaming service, HBO Now, set to launch in April.

The announcement was made Monday (March 9), early in the proceedings of Apple’s San Francisco press event, for which HBO chairman and CEO Richard Plepler was on hand.

“HBO Now is the next phase of innovation at HBO,” said Plepler via a statement. “With this new partnership, a natural evolution for the network, we have access to millions of Apple customers who are used to getting their favorite apps immediately. Now, they can do the same with an HBO subscription.”

“HBO Now offers a new generation of HBO fans many of the best TV programs in the world without a cable or satellite subscription,” added Eddy Cue, Apple’s senior vice president of Internet software and services. “Now, with the same simplicity as buying an app, customers can subscribe to HBO Now and instantly start viewing their favorite HBO programs as they air – this is huge.”

Similar to its HBO Go service, the new initiative will provide access to more than 2,000 titles online, including the network’s documentary and non-fiction fare.

HBO will also be offering subscribers who sign up through Apple in April a 30-day introductory free trial offer.

While Apple has been named as an exclusive launch partner, the premium cable network says it “continues to be in discussions with its existing network of distributors and new digital partners to offer HBO Now.”