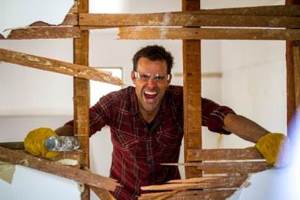 Five webisodes of Cameron's House Rules will roll out on various W Network digital properties the same day Game of Homes bows on the channel.

Canada’s Corus Entertainment’s W Network will roll out a new Game of Homes web series to correspond with the series’ premiere on the linear channel in an effort to build buzz for the show.

Cameron’s House Rules, starring Game of Homes host Cameron Mathison, includes 5  3-to-5 minute episodes that will roll out on March 17 on W Network’s YouTube channel, WNetwork.com and W View, the network’s new digital portal. Games of Homes will then bow on W Network at 10 p.m. the same day, marking the first time the network has rolled out a digital series at the same time as a premiere on linear TV.

The network was looking for an innovative marketing play for the competition series, a genre W Network programming has not dabbled with much before, said Sue Mackay, VP digital, women and family at Corus Entertainment. A web series also allows W Network to take advantage of Mathison’s star power – the actor previously appeared in All My Children and a number of Canadian independent productions.

“We felt that with a star like Cameron, this is a really exciting, innovative way to build up some awareness of the show and leverage his fan base, and introduce the show in a fun way,” said Mackay.

Cameron’s House Rules will show Mathison and his family renovating their garage into a family room for their weekly movie nights. The web series will be promoted with on-air ad spots on W Network, and via social media.

This latest digital play from W Network is part of a broader strategy to produce digital extras for all of the channel’s new shows, Mackay said.

“It is part of our plan on the digital team to look for opportunities with the new shows as they come out, and try to figure out what is the fun, digital extension of the linear,” Mackay said.