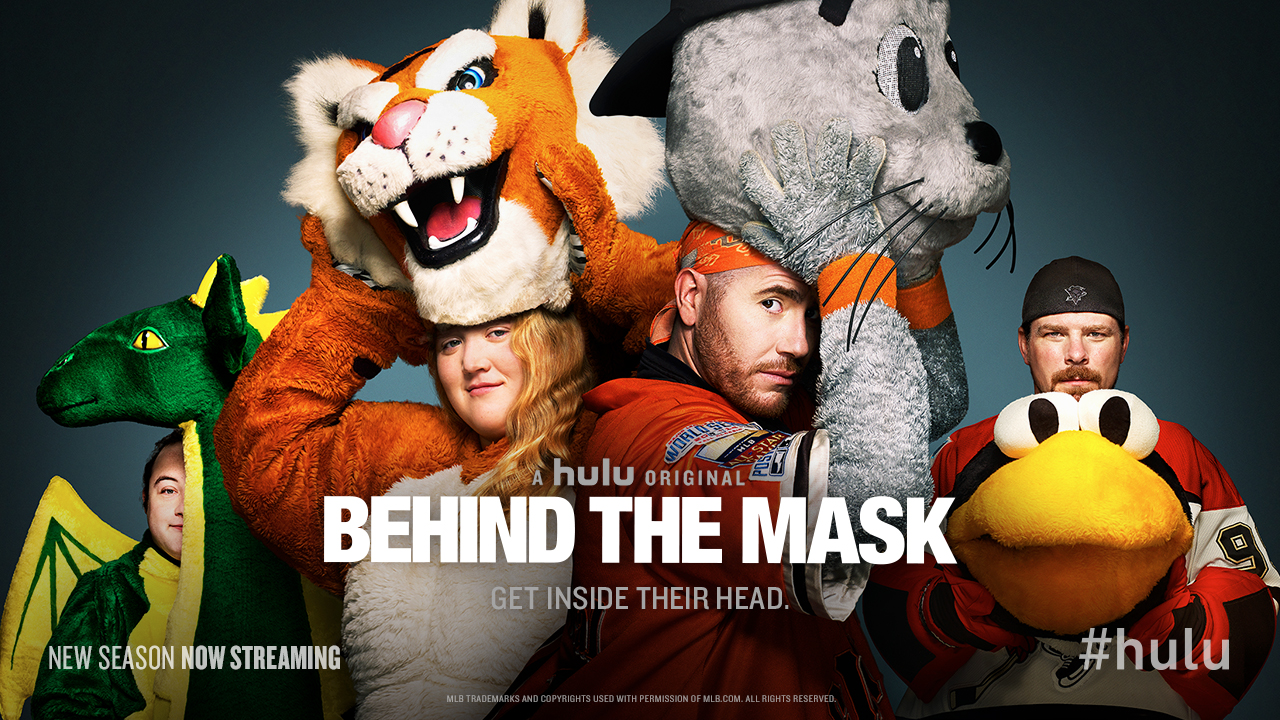 Behind the Mask creator Josh Greenbaum explains how he turned a scuttled big screen comedy for Paramount into a hit for Hulu.

If a few show business suits hadn’t ankled their jobs, Hulu’s Behind the Mask – which premiered its second season last week – might’ve been a big screen comedy titled The Mascot instead of an online documentary series.

The show’s creator, Josh Greenbaum, sold it as a pitch to Paramount in 2008. He would both write and direct. The studio even sent him to mascot camp to learn the trade first-hand. But, in a classic Hollywood scenario, the execs who bought the project departed, and The Mascot was dropped by the studio.

Normally, that would be the end of the story. But Greenbaum wouldn’t let the idea die.

He first became obsessed with the subject when, as a photojournalist working in Park City, Utah, he covered a full-contact football game between pro mascots and a Pop Warner team. Years later, with the online video space exploding, he saw another opportunity – making a documentary series about what it’s like to experience fame and adulation anonymously through a pair of furry eyeholes.

“I knew Hulu was interested in doing stuff that maybe the networks won’t touch or that most places wouldn’t think to make,” Greenbaum recalls.

Armed with videotape of his mascot camp experiences and anecdotes from the costumed characters he’d kept in touch with from the football game, he pitched Hulu execs Brendan Countee and (the since-departed) Charlotte Koh.

“It was this amazing, awesome pitching experience, because it felt like we all saw things the same,” Greenbaum says. “And it doesn’t always happen that way. Projects die because the network and the creators don’t see (eye-to-eye). I’ve sold half a dozen shows and pilots. I’ve been down those paths where there are too many cooks in the kitchen and there’s a lot of fear-based decision-making. This was the complete opposite of that. Everyone was excited and confident and said, ‘Yeah, let’s try some things that are different.'”

Once Greenbaum got the greenlight from Hulu, he had to deal with the fears and superstitions of the mascot community.

“It was a very difficult show to cast, primarily because the number one rule of mascotting, beyond not talking (while in the suit), is that you don’t show your true identity,” Greenbaum says. “When you first get into it, you sort of laugh at it, and then you realize that these guys really abide by that. Then, of course, the organizations have to agree to it, then the leagues have to agree to it and then, on top of that, you obviously want amazing characters with amazing journeys.”

“It was a bit easier this year,” adds Greenbaum. “We had the benefit of having 1 season under our belt that was nominated for an Emmy last year. But, at the end of the day, it’s always a big risk for an organization to open themselves up.”

Greenbaum hit the jackpot in season 2 of Behind the Mask, with a diverse cast of characters that include a female high school mascot, a mascot struggling with autism and severe anxiety disorder and, returning from season 1, Chad Spencer of the minor league hockey team the Wilkes-Barre/Scranton Penguins.

The big score was Joel Zimei, a.k.a. Lou Seal of the San Francisco Giants. Not only did Zimei give them a great personal narrative, replete with the impending birth of his second child, the Giants amped up the drama by winning the World Series for the third time in 5 years.

“It was one of those documentary blessings that happen,” says Greenbaum.

At this stage of his life and career, Greenbaum knows how blessed he is to have projects making their way out of development hell and into production, including the recent Netflix documentary The Short Game.

“Right out of USC’s graduate film program, I got attached to a feature over at Sony, and I remember being like, ‘Stop. Cancel everything. I’m a making a movie!'” Greenbaum recalls. “Then about a year later, we were looking at casting and all that, and it just died completely. They came up with some reason why a PG-13 high school comedy will never work or something. But this time around I realize, okay, you’ve got to be attached to more than one and see what goes.”