Tucker will lend her network producing experience (Big Brother, Hell's Kitchen) to the siblings, who have more than 15M YouTube subscribers.

Fine Brothers Entertainment (FBE) announced on Tuesday that it has hired Brandie Tucker as VP of alternative television.

Tucker (below) will oversee the non-­scripted television development and production slate for FBE, which is headed by brothers Benny and Rafi Fine.

The sibling duo began posting videos on YouTube in 2007, and has gone on to rack up in excess of 15 million subscribers on the platform with such shows as Teens React, Kids React, Last Moments and Emo Dad. 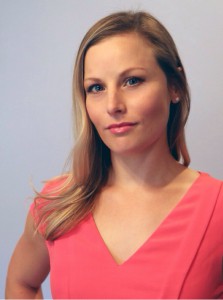 Prior to joining FBE, Tucker worked as a producer on such TV series as CBS’s Big Brother, Fox’s Hell’s Kitchen, NBC’s I’m a Celebrity…Get Me Out of Here! and MTV’s upcoming Epic Win! She began her career at Endemol USA.

In the fall of 2014, FBE’s first television series ReactToThat debuted on Nickelodeon. The company is currently developing a topical panel show with SundanceTV, as well as a hybrid sketch/reality show in partnership with Marc Summers Productions.

“We’re in a growth phase right now both in digital and across traditional platforms, with projects in film, comedy, animation and, of course, non­-scripted television,” said Rafi Fine in a statement. “Brandie’s hire is key to our continued success in television.”

Benny and Rafi Fine are repped by manager Max Benator and agency WME.