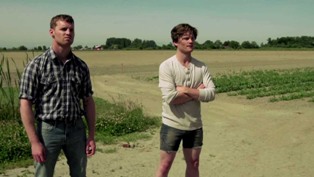 The Jared Keeso-starring comedy is a partnership between the Bell Media streamer and The Comedy Network.

CraveTV has its first Canadian commission.

The six-parter, in development at Bell Media since November 2013, is based on the web series Letterkenny Problems, which features two good old boys from Letterkenny, Ontario that tell their audience their problems.

Letterkenny is created by and stars Keeso, who won for best dramatic actor at the recent Canadian Screen Awards.

The comedy is produced by New Metric Media and DHX Media, in association with Four Peaks Media Group.

Jacob Tierney will direct and co-write Letterkenny with Keeso.

Patrick O’Sullivan and Mark Montefiore will share the executive producer credits with Keeso.

The deal for Letterkenny was unveiled by Mike Cosentino, SVP, programming at CTV Networks and CraveTV, and Tracey Pearce, SVP, specialty and pay at Bell Media.