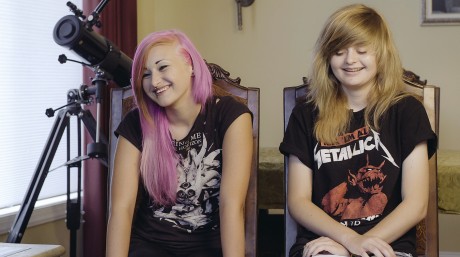 It’s no secret that teens and young adult millennials like to watch video online. But the reasons why are a little more surprising, and they lend credence to those who have dubbed this group the “participation trophy generation.”

According to Defy Media’s third annual Acumen Report: Constant Content, released on Tuesday, for 62% of that demographic, a large driver of digital video consumption is that it makes them feel good about themselves. Conversely, only 40% of those surveyed reported they got the same warm, fuzzy feeling from traditional TV.

Conducted in partnership with Hunter Qualitative and KGR+C, the report takes a broad look at what drives viewers aged 13 to 24 to watch, as well as share, digital content.

The survey found they watch an average of 11.3 hours of “free” online video weekly. For 69%, digital video delivers what they want to watch, and for 67%, it provides content they can relate to, compared to 56% and 41%, respectively, for traditional TV. Additionally, 66% said they turn to digital content to relax, while only 47% turn to TV to chill out.

Researchers conducted a 2-week online forum with 18 “buddy pairs” (36 total), ages 13 to 24, from diverse backgrounds in the Atlanta, Los Angeles and Minneapolis metropolitan areas. Participants gave access to their social media feeds for observation of content received and shared. The study also includes data from an online survey of 1,350 people from the same age group.

“We focused this year’s report on a younger viewing audience often overlooked by researchers in terms of their actual content habits and preferences, yet, such a powerful force driving the massive shifts rapidly taking place across the industry,” said Andy Tu, EVP marketing for Defy Media, in a statement.

While homemade content has historically been popular on YouTube, 46% of 13- to 17-year-olds surveyed stated they are more likely to open content that looks professional and polished. For those 18 to 24, the figure jumps to 57%.

The study also found YouTube talent has a “thumb-stopping” influence, motivating 43% of 13- to 17-year-olds to open and view digital content.

For advertisers, the biggest takeaway is that 63% of all respondents said they would try a product or brand recommended by a YouTube personality, while only 48% reported TV and movie star power matters in those decisions.

For Hollywood, the most significant bullet points are the ones covering the growing preference for digital influencers over traditional Hollywood stars.

In the 13-to-17 age segment, 32% said they are more likely to look up to a YouTube personality over traditional celebrities. The 18-to-24 group reported a slightly higher affinity for TV and movie stars (36% vs. 26% for YouTubers), but 52% said they still “feel closer” to their favorite YouTubers and nearly half (46%) stated “they like the same things I do.” The figure jumps to 61% for 13- to 17-year-olds in the latter category.

When asked whether YouTube stars could be successful TV or movie stars, 69% of 13- to 17-year-olds responded yes, they can.