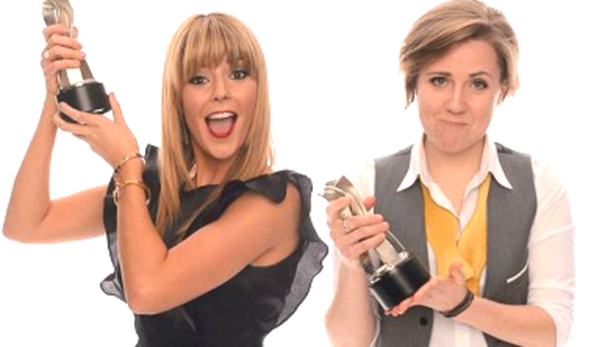 YouTube’s Helbig and Hart to star in Krofft revival

Just two weeks following the announcement that one Sid and Marty Krofft property was being revived by Amazon Studios, comes word of another: Legendary Digital Media and Fullscreen are bringing back Electra Woman and Dyna Girl.

YouTube personalities Grace Helbig and Hannah Hart star as Electra Woman and her sidekick Dyna Girl, respectively, two superheroes who relocate from Akron to Los Angeles with the hope of making it big in the crime fighting world.

Production began on the series on February 23. No air date has been announced.

The original 1976 series starred future Days Of Our Lives soap actress Deirdre Hall and Judy Strangis, and lasted 16 episodes on ABC under the umbrella of The Krofft Supershow.

It’s the second pairing for Helbig and Hart following their Fullscreen/Netflix digital feature pic Camp Takota. Both have YouTube and social media followings of a combined 10 million, and Grace Helbig recently signed on to host a late-night talk show  for E! that will debut in April. Helbig is also the creator of it’sGrace and an author of the 2014 bestseller Grace’s Guide: The Art of Pretending to Be a Grown-up.

Hannah Hart created and starred in the YouTube series My Drunk Kitchen and has a similarly named bestseller of her own: My Drunk Kitchen: A Guide to Eating, Drinking and Going with Your Gut.

On the Krofft front, now that two of their cult series classics have been revived, what will be next? H.R. Pufnstuf? Kaptain Kool & The Kongs? Pink Lady & Jeff?