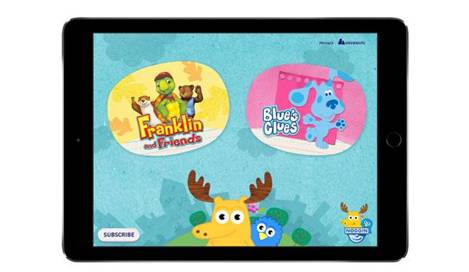 Nickelodeon rolling out Noggin for preschoolers

The ad-free, education-heavy app will be available for $5.99 a month on iOS devices beginning March 5.

Slated to launch March 5, the ad-free app will be available for $5.99 a month on iPhone, iPad and iPod.

It will also have music videos featuring Nick characters, as well as educational segments to help preschoolers get kindergarten-ready with lessons on letters, shapes and matching, hosted by characters Moose and Zee.

Noggin’s programming will be separate and distinct from Nickelodeon’s preschool content currently available on its existing distribution platforms. New content, games and activities will be added to the platform regularly.

Noggin is intended to complement the Nick Jr. App, a TV Everywhere platform for preschoolers that features a live linear feed of the Nick Jr. television channel and on-demand episodes of current series via pay TV subscriber authentication.

Nickelodeon is in discussions with distributors about offering Noggin service as a premium complement to authenticated subscribers.