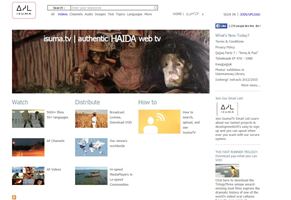 The Canadian producer and distributor of Inuit and Aboriginal content will use its proprietary tech to manage rights restrictions for the programmed films.

The company, which specializes in Inuit and Aboriginal films, also owns IsumaTV, a digital multimedia platform for indigenous filmmakers and media organizations. The platform currently carries over 5,000 films and videos in more than 70 languages across more than 800 user-generated channels.

The IsumaTV Online Film Festival will run March 2 to April 1, and will include the world premieres of the Zacharias Kunuk documentaries My Father’s Land and Coming Home. Other films on the festival’s program include Rolf de Heer’s Ten Canoes and Shane Belcourt’s Tkaronto.

In order to adhere to rights and geoblocking restrictions, the TIFF  programming will only be offered in communities that are connected to an IsumaTV Media Player, a local caching server that is designed to bypass the slow internet speeds and data transfer limits that often exist in remote communities.  The MediaPlayer allows users to upload, share and view media on IsumaTV digital platform at full quality, regardless of the internet connection. The remainder of the film festival’s content will be available in all territories via IsumaTV.

Financing for the first edition of the festival came from the Canada Council for the Arts and the Nunavut Department of Culture, Language, Elders and Youth. The Toronto International Film Festival also provided financing for their portion of the programming.