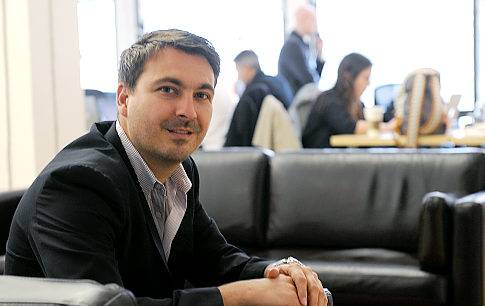 Earlier this week, Billboard and the Hollywood Reporter announced the launch of Adapt Studios, a division dedicated to creating premium branded content and native advertising, both video and editorial.

The field is already crowded with similar operations from publishers ranging from Condé Nast to the New York Times. But John Amato, co-president of Billboard and the Hollywood Reporter, says Adapt will do it differently than everyone else.

“We’re probably the only trade publisher – and when I said ‘trade’ I did my finger quotes – that Google Analytics has at 30 million-ish monthly unique visitors between our two websites,” says Amato, who has played a lead role in the launch. “So it’s super interesting that we live in this world where we are covering the music and entertainment businesses at a very sophisticated level, but we still have an audience of scale.”

Adapt Studios will work out of the offices of Billboard and the Hollywood Reporter in New York and Los Angeles. It will be led by senior director M. Tye Comer, former editor of Billboard.com, who will report to Dan Strauss, general manager of digital for the two publications.

Although the operation will be largely self-contained, Adapt will engage outsiders, from directors to video hosts.

“Adapt will have a deep bench of pre-approved freelancers and actors and journalists and editors and developers that we’ll work with to help create the content,” Amato says.

Native advertising has been a controversial subject in the publishing world, with many arguing it dangerously blurs the lines between corporate spin and journalism. But Amato believes their arrangement provides them with a metaphorical separation of church and state.

“Our editorial staff will help us with ideation, but that’s really where it ends for us,” Amato says. For example, “we won’t sit around and say, ‘Hey, brand X is looking for new ideas. How should we provide brand X with ideas?’ We’ll say, ‘What are some really interesting ideas we have that…(can) involve a brand?'”

Amato couldn’t name specific clients at the moment, but he says Adapt is currently working on projects for an automaker, a beer and a luxury fashion brand.

Adapt will also leverage the fashion clientele of Pret-a-Reporter, the Hollywood Reporter‘s style and beauty outlet.

“It’s my opinion that, if done properly, brand messages can be as compelling as any other content, and I’d much rather have really compelling content than serve continuous banner ads,” Amato says. “Not that banner ads or ad pages are bad. But if we can make ad product that is dynamic content that people want to consume, I feel like we’re doing everybody justice.”

Adapt Studios has no plans to tackle branded narrative digital series just yet, but Amato won’t rule it out.

“I think when it comes to video for us, the sky’s the limit,” Amato says. “Video is one of our biggest company-wide initiatives for the next 24 months, so I don’t believe we’ll limit or wall-in our ambitions in any way, shape or form.”