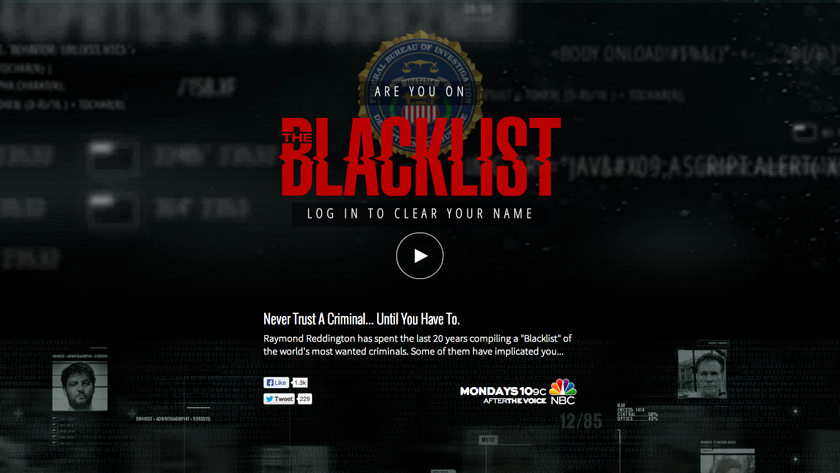 Nominees across three categories will vie for prizes in the 10th edition of the International Digital Emmy Awards.

Are You On the Blacklist?, an interactive episode of NBC’s The Blacklist, is among the forward-looking digital projects nominated for the 2015 International Digital Emmy Awards.

The episode, created by Toronto-based Secret Location, Sony Pictures Television and NBC Entertainment Digital, is up for a Digital: Fiction Emmy. It is vying for the prize alongside Geração Brasil: Filma-E (Now Generation) from Brazil’s Globo TV; Dina Foxx (Tödlicher Kontakt) (Dina Foxx- Deadly Contact) from Germany’s ZDF/UFA/Exozet and Avex Digital Japan’s Hanbun no Sekai (Half & Half).

The International Digital Emmys is in its 10th year and is presented by the International Academy of Television Arts & Sciences. All programs will be showcased at MIPCube in Cannes, with awards handed out at MIPTV on April 13 at the Grand Hyatt Martinez Hotel.