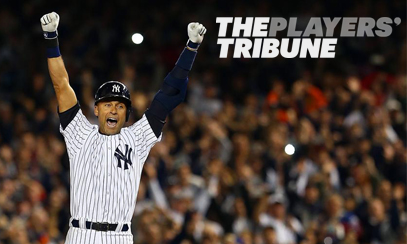 The partnership looks to spur video production for the former Yankee star's platform, which so far has focused on athletes' first-person essays.

On Saturday, AOL (as it’s now known) announced that it has signed on to be the distribution and content launch partner for The Players’ Tribune, a digital media company founded by Jeter and Legendary Entertainment last fall.

The partnership should spur video production for the platform, which so far has focused on first-person essays from athletes.

As part of the partnership, AOL will distribute The Players’ Tribune content on AOL.com and across AOL’s network of 92 million monthly unique viewers, co-produce exclusive content on both platforms, and co-produce sporting events.

Jeter announced The Players’ Tribune in October immediately following his retirement from baseball. On Saturday, he hosted a launch party in New York City, coinciding with NBA’s All-Star Weekend.

The platform’s mission is to provide first-person perspective on sports from athletes through videos, podcasts, player polls and written pieces.

“I do think fans deserve more than ‘no comments’ or ‘I don’t knows,'” said Jeter in a written statement on the site at the time of its launch. “Those simple answers have always stemmed from a genuine concern that any statement, any opinion or detail might be distorted. I have a unique perspective. Many of you saw me after that final home game, when the enormity of the moment hit me. I’m not a robot. Neither are the other athletes who at times might seem unapproachable. We all have emotions. We just need to be sure our thoughts will come across the way we intend. We want to have a way to connect directly with our fans, with no filter.”

Jeter is also an investor in the online network Whistle Sports.