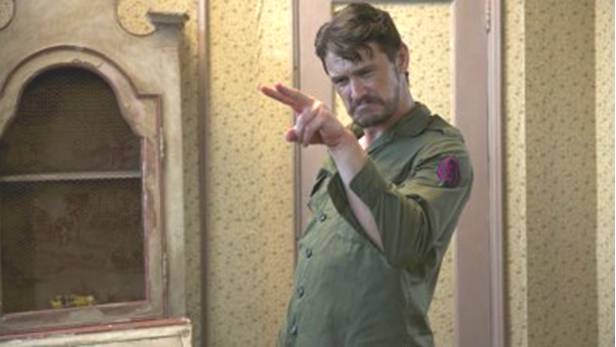 Franco will produce and star in the 9-hour adaptation of the Stephen King novel 11/22/63 for the streaming service.

James Franco has been set to star in the upcoming Hulu original series 11/22/63, it was announced on Thursday.

Based on the novel of the same name by Stephen King, 11/22/63 is a thriller about a high school teacher who travels back in time to prevent the assassination of President John F. Kennedy, but finds his mission threatened by Lee Harvey Oswald, falling in love and a past he doesn’t want to change.

Franco will produce and play the role of Epping in the 9-hour series.

Franco is no stranger to the digital realm – and not just through Sony’s forced VOD release of The Interview, which he starred in with Seth Rogen. Last fall, he starred in and directed the 10-part AOL Originals series Making a Scene With James Franco, in which he recreated iconic moments and characters from well-known films like Taxi Driver (pictured), The Godfather, Napoleon Dynamite and Titanic.

Franco is currently teaching college courses at UCLA, USC and Cal Arts, and acting classes at Studio 4. He recently made his Broadway debut in Of Mice and Men.