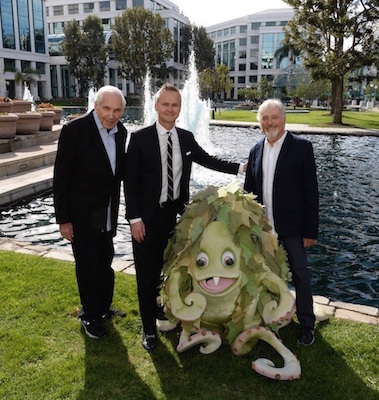 Amazon Studios has inked a deal with veteran kids TV producers Sid and Marty Krofft to revive Sigmund and the Sea Monsters.

Amazon Studios is sailing further into the kids programming waters after inking a development deal with veteran TV producers Sid and Marty Krofft to develop a re-imagined pilot for ’70s cult-classic series Sigmund and the Sea Monsters.

The pilot’s Amazon launch date has yet to be announced.

Centered around beachcombing bros Johnny and Scott (Johnny Whitaker, Scott Kolder), who discover a friendly sea monster named Sigmund, the original live-action series premiered in 1974 and ran for two seasons on NBC in the US.

The Kroffts made their TV debut in 1969 with NBC’s H.R. Pufnstuf, which followed the magical adventures of a boy named Jimmy, a talking flute and a six-foot dragon.

Other Krofft series that followed include The Bugaloos (NBC, 1970), Lidsville (ABC, 1971) and Land Of The Lost (1975), which was remade in 1991. Their later kids shows included Far Out Space Nuts, Lost Saucer and The Krofft Supershow, which featured instalments of Wonderbug, Big Foot & Wildboy, Electra Woman & Dyna Girl, Dr. Shrinker and Kaptain Kool and the Kongs.