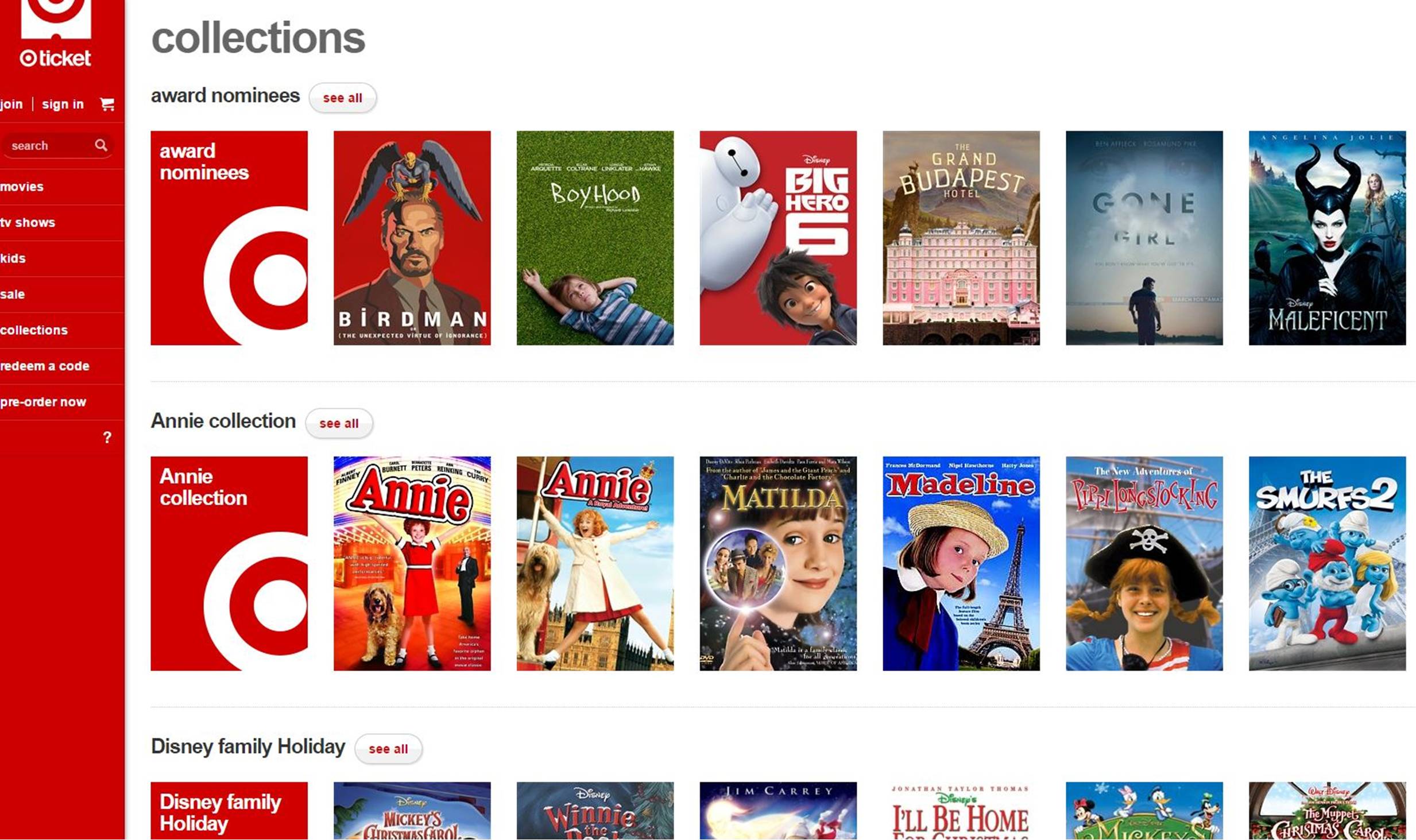 Target's video streaming service shuts down for good on March 7, with customer purchases transferring to CinemaNow.

The next big company that thinks it has what it takes to go head-to-head with Netflix might want to take a look at Target. On Tuesday, the retailer announced that it is pulling the plug on its video streaming service Target Ticket.

New rentals have been discontinued and, effective March 7, movies purchased or rented will no longer be accessible through the service. After that, customers will be able to access their Target Ticket purchases through CinemaNow, but only if the titles are part of the latter’s content library.

Target Ticket launched in September 2013 with 30,000 rental and purchase titles. It targeted family audiences by enabling customers to customize their user profiles with filters that could block titles based on profanity, excessive violence and other factors.