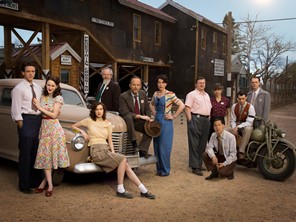 Lionsgate not bullish about on-demand exclusives

Lionsgate CEO Jon Feltheimer said it's hard to limit its films to just one service with so many deep-pocketed on-demand players.

When Netflix launched in the U.K. and Ireland in 2012, Lionsgate cut a deal to give it exclusive pay TV rights to its film titles in the territories.

But in an FQ3 2015 earnings call with investors on Friday, Lionsgate CEO Jon Feltheimer said he’s not eager to sign any exclusive electronic sell-through deals for its movies, even if it means high minimum guarantees or a bigger revenue split.

“With so many new players and big deep-pocketed players joining the on-demand fray, I’d be reluctant to limit the diverse opportunities,” Feltheimer said.

Lionsgate co-COO Steven Beeks qualified the sentiment by adding that most exclusive deals are for straight-to-VOD films but said he still sees “a potential opportunity” with exclusive windows.

On the episodic side, Lionsgate will make Freddie Wong’s upcoming 8-episode RocketJump reality series a Hulu exclusive. In contrast, RocketJump’s Video Game High School was available across a variety of platforms, including YouTube, Xbox, PS3 and the website RocketJump.com.

Later this year, Lionsgate will bring Jason Reitman’s new 10-episode series Casual to Hulu. It’s also producing the third season of Orange is the New Black, which is expected to bow on Netflix sometime this summer.

Overall, TV series were a strong performer for Lionsgate. In FQ3 2015, TV production revenue nearly doubled to $161.2 million year over year, as the company delivered a record 74 episodes and 58.5 hours of shows such as FX’s Anger Management, AMC’s Mad Men, ABC’s Nashville and WGN’s Manhattan (pictured), the latter of which went direct to streaming on CraveTV in Canada.

“It’s clear that audiences today are viewing content on multiple platforms, broadcast, cable and in some cases migrating to digital,” said Feltheimer during the call. “This is actually serving us very well as we sell our premium shows to a more diverse array of buyers than ever before and the new calculus of multiple window deals with which they are financed plays to the strength of the business model we’ve employed from Mad Men to Manhattan.”