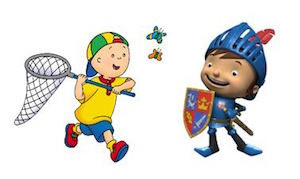 Canadian SVOD service Shomi has struck content deals with DHX Media and Corus Entertainment to expand its children and youth programming with shows such as Are You Afraid Of The Dark?, Sonic the Hedgehog, Yo Gabba Gabba!, 6Teen, Dora the Explorer and iCarly.

The 6,500 episodes of DHX and Corus content builds out Shomi’s library of existing co-view programming from YTV, Nickelodeon Canada and Treehouse, as well as films like Disney’s 102 Dalmatians, Who Framed Roger Rabbit? and The Chronicles of Narnia franchise.

It’s also a volley against competitor CraveTV, which is not focused on the youth market.

Shomi, which promotes co-viewing between parents and children, giving parents the ability to control access to PG-rated programming and enabling them to see what their kids are watching, is still in its beta phase.

Available only to Rogers and Shaw TV and internet customers, Shomi will soon be accessible to Chromecast users.