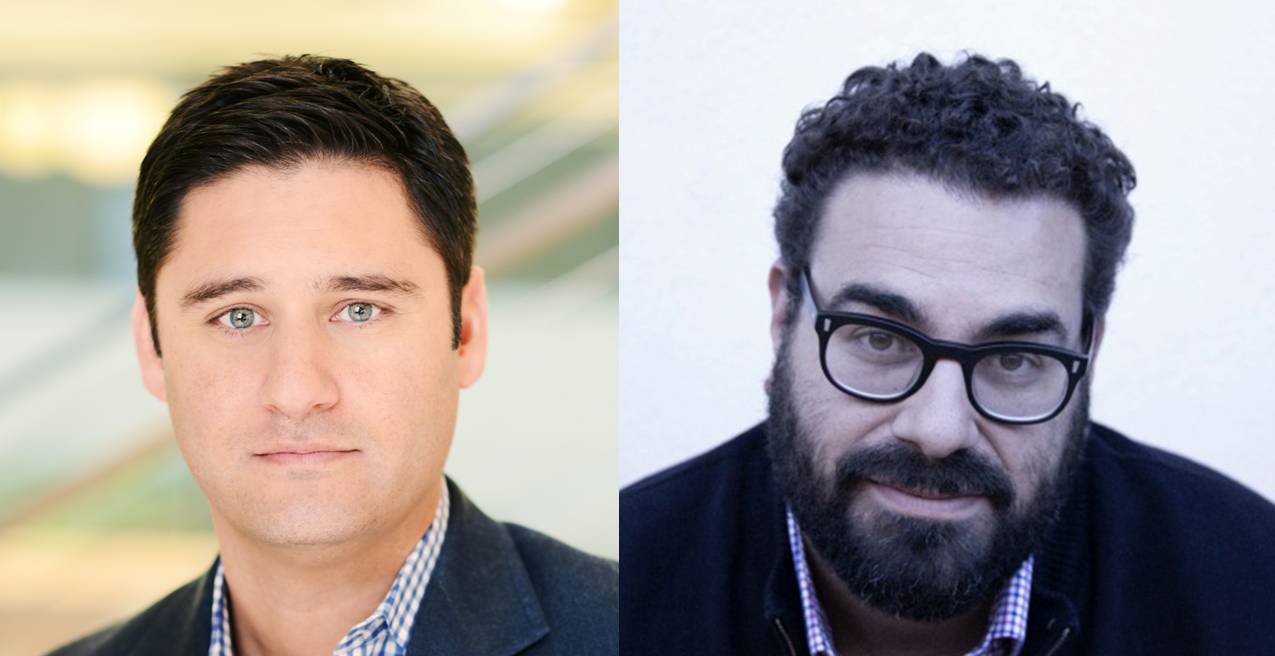 Fullscreen announced on Wednesday that it has appointed Billy Parks and Bryan Thoensen as SVPs of its new strategic content group.

The duo will be tasked with leveraging Fullscreen’s expertise in youth culture and its relationships with brands and distributors to build unique formats and multi-platform content experiences for a limited number of partners.

Parks (pictured, right) is a longtime Fullscreen collaborator who recently worked with the company on SnapperHero, an upcoming 12-episode series for Snapchat, produced by Fullscreen and Astronauts Wanted for sponsor AT&T.  Earlier, during his tenure as chief content officer for Astronauts Wanted, Parks produced Grace Helbig and Mamrie Hart’s travel series HeyUSA. He also served as EVP of digital production and programming for The Chernin Group, where he co-created and executive produced the series @SummerBreak, a social media reality show that ran for 2 seasons and earned more than 60 million views.

Thoensen (pictured, left) previously served as director and head of brand content at Hulu, where he oversaw the creation and distribution of projects such as Chipotle’s Farmed & Dangerous, My Side of the Sky, The High Road with Mario Batali and Subway’s The 4 to 9ers. And before that, he served as a VP in the brand marketing and digital divisions at the William Morris Agency, where he developed entertainment marketing strategies for companies such as Nestlé Purina, General Motors, Coca-Cola, Hilton Hotels, Hewlett-Packard and Best Buy.