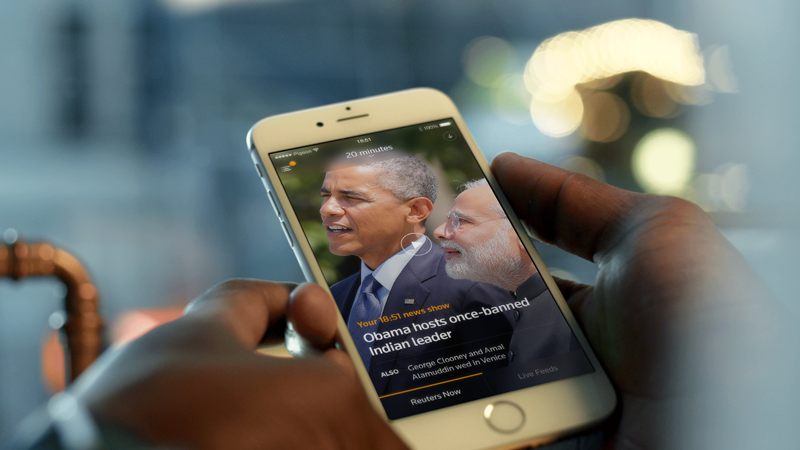 Consumers will be able to custom-design their own mobile Reuters TV newsfeeds.

International news service Reuters has launched Reuters TV, a new mobile video news service and app with an emphasis on curation and personalization.

Targeted at mobile consumers and commuters age 30- to 50-years-old, the iPhone app serves algorithmically assembled, up-to-the-minute video news programming in a format that allows viewers to choose the length they wish to watch, ranging from 5- to 20-minute segments.

The customization play is Reuters’ effort to meld niche and mass media into a consumer-facing news product (its core business is a global news wire). Individual user’s mobile news feeds will be tailored to their location and usage data, and allow them to customize their own feed to topics and preferred length of video. For those who prefer the mass approach, live streaming feeds and VOD are on the menu.

The service, first announced in November, is being monetized via a combined advertising and subscription model, serving “premium” ads to viewers within the service and carrying a monthly fee of USD$1.99/£1.49.

Reuters TV’s editorial content is produced specifically for the service by Thompson Reuters, which has a network of 2,500 journalists in 160 countries. It is organized by editorial teams in London, Hong Kong, New York and Washington, DC.

“This is a radically new way of presenting news straight to consumers,” said Dan Colarusso, executive editor of Reuters TV, in a statement. “Reuters TV will be fast when it needs to be fast, deep when viewers want depth, but most importantly, it will be news that’s authentic, coming straight from the source and journalists on the ground.”