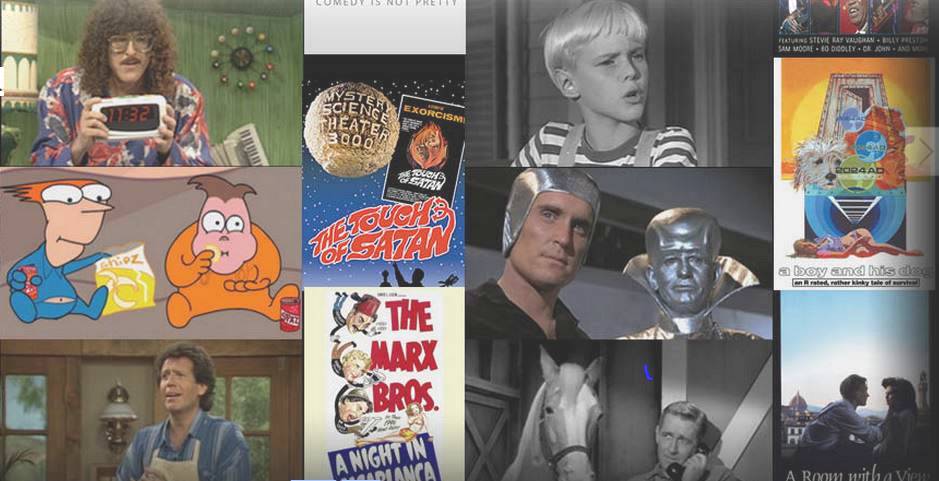 Niche is the word with Shout! Factory TV launch

Shout! Factory execs explain why the company chose an ad-supported model for its new streaming service.

While the bottom has fallen out of the DVD business for new studio films and TV series, Shout! Factory has done well catering to niche audiences with its collection of cult films, children’s content and box sets of classic TV shows. In the last few years, it’s stepped up efforts to acquire non-physical rights to content, and then license it to platforms such as Netflix and Amazon.

But the streaming giants’ interest in the company’s brand of content has been waning, according to Shout! Factory co-founder Garson Foos, creating a gap in the marketplace.

“They’re going bigger and broader all the time, and putting more money into their originals, and it’s leaving a hole for library and niche content, some really great fan and critics-favorite type of stuff that is now not available online,” Foos says. “And that’s really our sweet spot.”

Shout! Factory TV will launch with more than 1,000 hours of content, including the classic TV series Father Knows Best, The Many Loves of Dobie Gillis and Dennis the Menace, cult films such as The Stunt Man and A Boy and His Dog, season 1 of It’s Garry Shandling’s Show, the best of the early ’80s SNL competitor Fridays, featuring Seinfeld‘s Michael Richards and Larry David, The Weird Al Show and Steve Martin’s comedy specials A Wild and Crazy Guy and Comedy is Not Pretty!

It will roll out additional properties from its 2,000-hour library at regular intervals, and whenever possible, tied to an outside event. For instance, it will time its debut of the 1965 live TV version of the Rodgers & Hammerstein musical version of Cinderella, starring Lesley Ann Warren, with the March 13th release of Disney’s new live action take on the classic European folk tale.

In March, it plans to add a selection of films by director Werner Herzog, and Foos says episodes from Second City TV should also be coming in the near future.

Shout! Factory TV will also feature a small amount of original content, such as its Weekly Shout Out!, which provides a humorous take on its new releases. In November, it plans to bring back its live stream of Mystery Science Theater 3000 Turkey Day Marathon, a Thanksgiving tradition on Comedy Central in the 1990s that Shout Factory first revived in 2013 to promote its 25th anniversary MST3K box set.

While there have been a slew of companies launching SVOD services recently, Shout! Factory VP of digital Gene Pao says that with bandwidth costs a fraction of what they were 5 or 10 years ago, and improved CPMs, ad loads per hour and the sell-out rates, it made sense to go with an ad-supported platform.

Furthermore, with SVOD, “you spend a lot of time on subscriber acquisition, and a lot of your efforts and cost on customer support,” Pao says.

Shout! Factory TV will be using Hulu’s white label player for its desktop experience, along with Zype for mobile and adRise for OTT. The companies will provide the technology platform, as well as the ad sales team to monetize the content.

“That allows us to focus on what we do best, which is content acquisition, programming and promotion,” Pao says.

Shout! Factory will promote the service on social media platforms, where it has 300,000 followers, as well as with targeted email blasts.

“Shows like Mystery Science Theater have a dedicated fan base already, so it’s just a matter of letting them know that its available for free on Shout Factory TV, and hopefully cross-sell them on other programming we offer,” Pao says.